The 4 most Peculiar Borders in Africa

The more I learn how the African borders were drawn, the more I'm convinced that they should be discarded.

You can imagine the chaotic scenes at the Berlin conference. A group of hungry bearded men sitting at a round table, salivating for this piece of 'meat', Africa.

"I'll take the liver and lungs", shouts one of them.

"Never in a million years, you can only get the kidneys", comes the reply from the other side of the table.

Eventually, the meat is hurriedly divided, and everyone is happy. But there is a catch. They have been dividing an imaginary prey drawn on a piece of paper.

Will the animal be as imagined in the picture? They don't know and don't care. It is time to hunt!

Anyway, my bias aside. The borders, which were drawn based on the interests of the colonial powers, resulted in some peculiar shapes.

The Moroccan Berm Wall is an approximately 3000km long structure made of sand wall and dirt. It runs through Western Sahara, separating the resource-rich north from the south.

When you look at Google maps, there is a dotted line separating Morocco from Western Sahara. 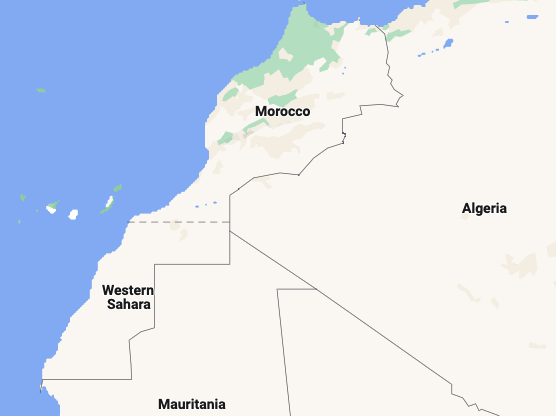 It is dotted because Morocco lays claim to the whole of Western Sahara. Since 1975 when the Spanish withdrew from the land, Morocco has been at war with the indigenous Sahrawi people for control of Western Sahara. Morocco currently controls more than two-thirds of the land. 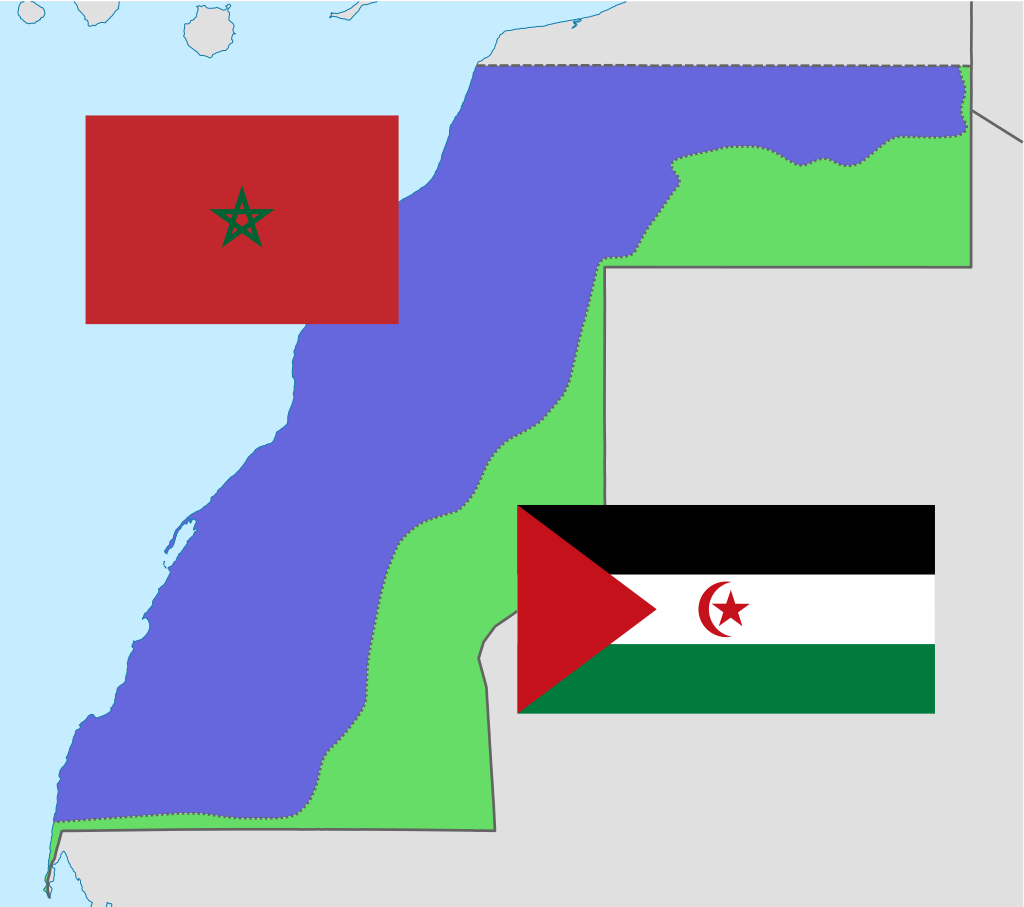 The wall is meant to keep the Sahrawi people, who want Western Sahara to be an independent state, from occupying the other 80% of the land.

The wall is riddled with tonnes and tonnes of land mines plus armed to the teeth Moroccan military who are ready to obliterate anything that moves.

The DRC has a strange protrusion known as the Congo pedicle. It cuts over 200km into Zambia, and measures between 70km-100km wide, almost splitting Zambia into two.

DRC was colonized by Belgium, while Zambia was by the British. The two couldn't agree on the colonial border. The Belgians wanted access to the rich swamp area with a lot of wildlife to hunt for trophies. They decided to seek help from the Italians.

Knowing nothing about these countries, the Italian king drew a line, and both parties agreed that it looked good. What a strange way to create a boundary! 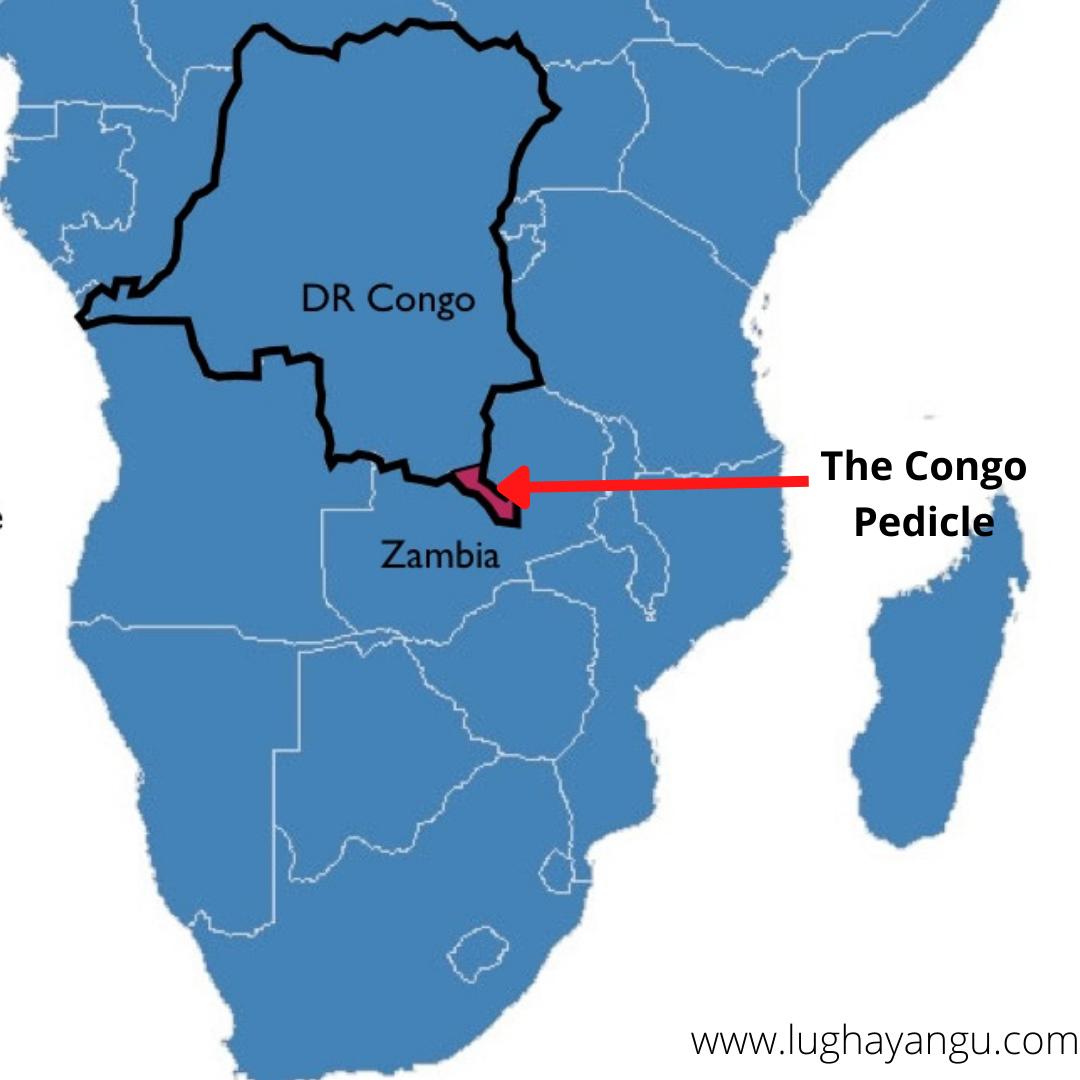 Namibia's Capviri Strip stretches 450km into Botswana. It is named after German Chancellor Leo Fon Caprivi. The Germans created it to allow them to cross the Zambezi river into the Eastern African coast.

The Germans entered a treaty with the British to get the strip, giving up their claim over Zanzibar. The result almost blocked Botswana from bordering Zambia. Namibia was 200m shy of bordering zimbabwe.

The Germans got duped. The Zambezi river, hosting one of the world's largest waterfalls (Victoria Falls), is not navigable. It made the whole move pointless. Even so, the Capviri strip created a quadripoint, the only place on earth where four countries meet. 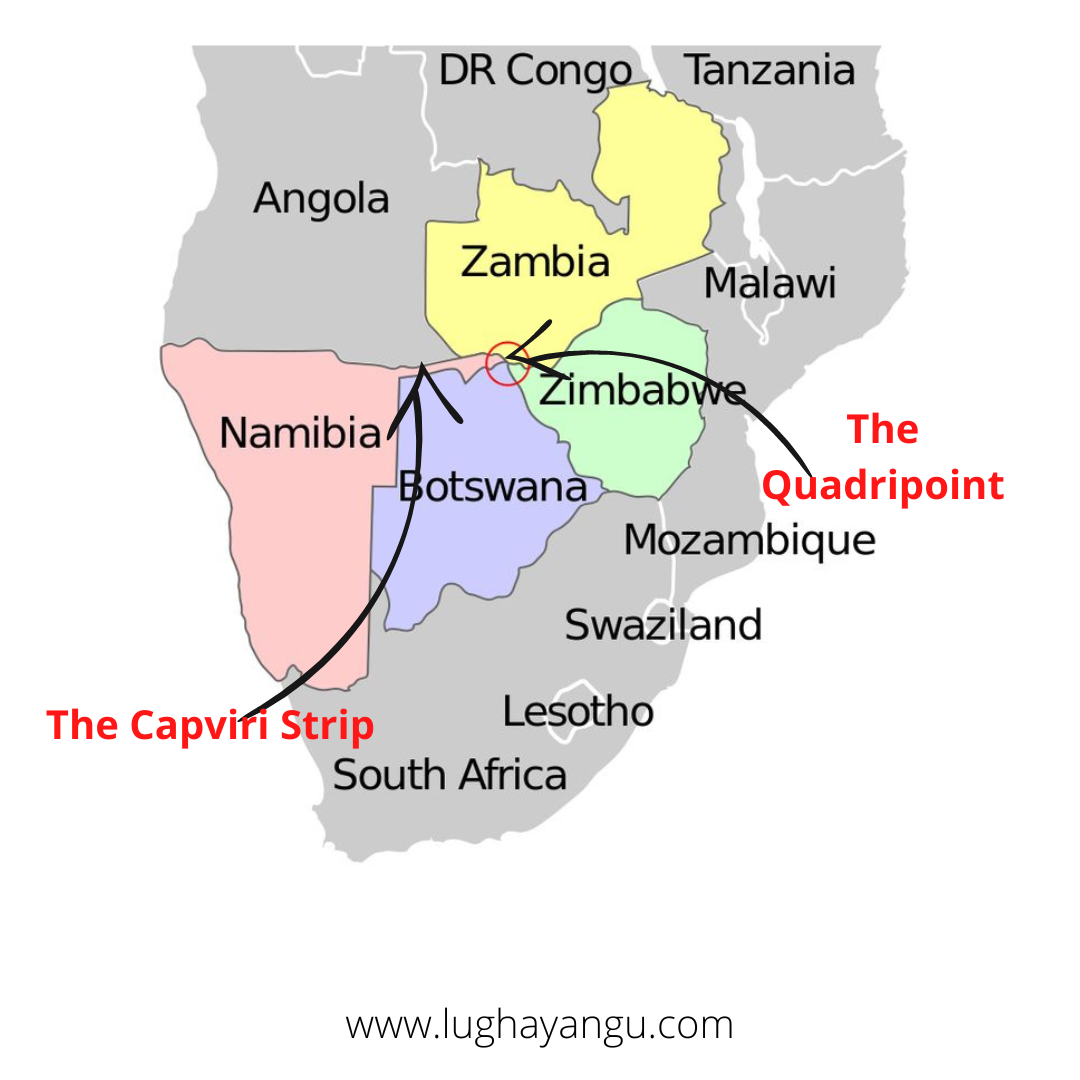 The Gambia, Africa's smallest mainland country, has a bizarre shape.

It is long and skinny and measures 48km at its widest points. One would think someone poked a stick into Senegal to create it. The only part that doesn't border Senegal is the small coastline.

A Senegalese travelling from the north to the south of the country has two options. Either take a 10-hour trip around the Gambia or cross two border points(into and out of Gambia).

Few rivers flow from the desert into the coast of West Africa. The French had already taken control over the mouth of River Senegal, the most northern one. The British, who had more control of the south, navigated a warship along River Gambia, shooting cannonballs on either side. They claimed the land within the cannon range, giving the Gambia its riverine shape. 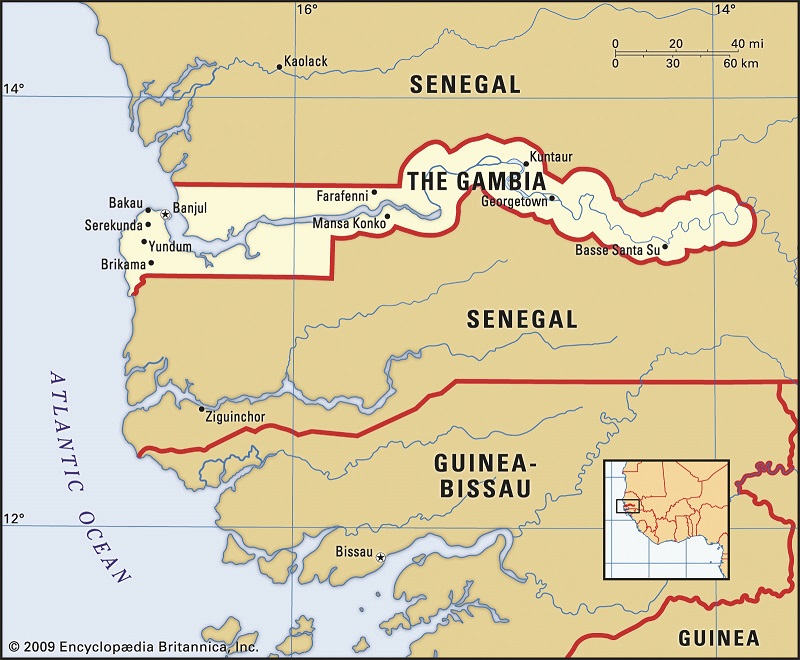 Special thanks to Stephanie for editing this issue.

Remember, it is time to tell our stories. Till next time.