6 Constructed languages of Africa: protip, you can make one. 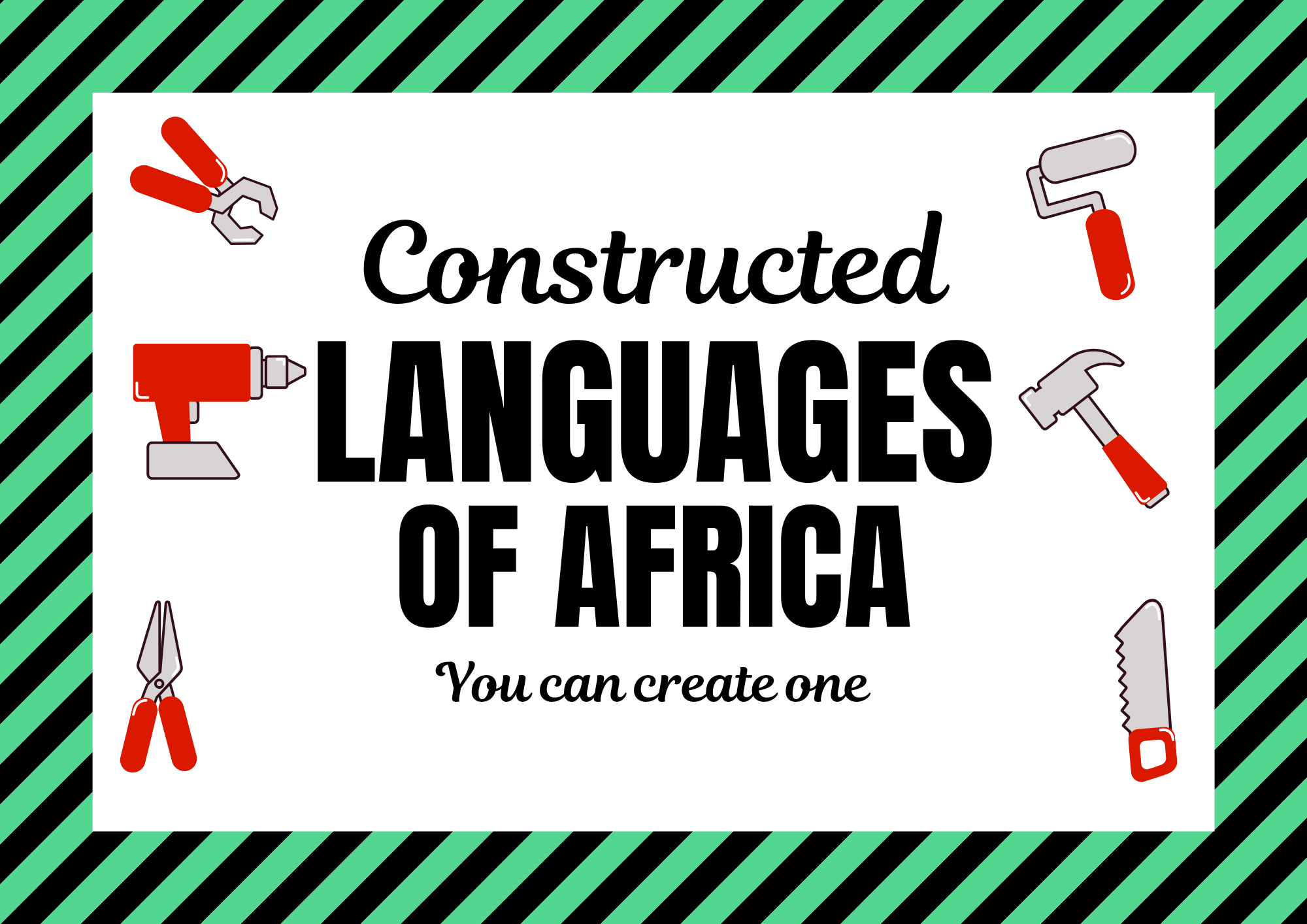 Are there any spoken languages without vowel sounds?

The short answer is no, maybe.

There are languages with long sequences of only consonants, but every known language has vowels.

Most African languages have five or more vowel quantity inventory except for a few like Berber, Tashlhiyt, Margio and Malagasy.

Tashlhiyt is known for its extensive use of consonant clusters, which may result in words without any vowels, e.g. tsskʃfttnt - 'you faded them.'

A good example in English is Pssssst!

Sign language is the only language that comes close and meets the criteria of not having a vowel though it is visual and not spoken.

There are about 25 signed languages in Africa, some native to the continent and some borrowed.

So why did I say maybe?

You can create your language which has no vowels!

Which brings us to the topic of the day.

A constructed language(conlang or artificial language) is a language which hasn't developed naturally but is instead consciously developed for some purpose.

Ever constructed your language or thought of creating one?

There are many people out there who are deeply passionate about the topic.

Conlang became so popular in the wake of the 21st century that Hollywood and pop culture picked it. Some of the famous movies and tv series have had conlangs constructed for their shows.

Some of the notable ones:

✔️ Lord of the rings ( Quenya and Sindarin )

You can find a list of 500 invented languages here.

Back to Africa. Do we have constructed languages that have made headlines or have active speakers?

It is a sacred language constructed by an Ibibio congregation in the 1930s in Nigeria.

It was spearheaded by two church leaders, Michael Ukpong and Akpan Akpan Udofia. According to them, the language was revealed to Ukpong by the holy spirit while Udofia wrote it down.

The congregation started a school in 1936 to teach Medafaidrin to children. Still, it was immediately closed in the same year by the British colonial government.

The language faded from use after that. There have been efforts in the 21st century to preserve Old manuscripts of the language.

It is a standardised constructed language based on Nyoro, Kiga, Nkore and Tooro languages.

It was created in Uganda in the 1990s and is currently taught at Makerere university.

It is also used in the Orumiri Newspaper published by the New Vision Group.

Adoption of Runyikitara has been slow, but it remains to be seen if this will change.

Afrihili is a conlang developed in 1970 by Ghanaian historian K.A Kumi Atobra for use in Africa as a lingua franca.

Kumi intended the language to be used to promote unity and cohesion among Africans, reduce the cost incurred due to translations and promote Intra-African trade.

The name Afrihili is a combination of Africa and Swahili.

The language draws much of its vocabulary and syntax from the Swahili and Akan languages.

Conlanging is the development of constructed languages or conlangs.

A conlanger is a person who constructs languages.

It is a constructed interlanguage created by Alex Igbineweka in 1965 to serve as a lingua franca to West African peoples.

It borrows a bulk of the vocabulary from Hausa, Yoruba and Igbo. However, it draws its lexicon from many indigenous West African countries.

Guosa language has been taught at the university of Abuja.

It is a standardised unified koine' of several Manding languages written in the N'Ko alphabet and used in Mali, Guinea, Ivory Coast, Burkina Faso and other west African countries.

Solomana Kante created the N'Ko dialect in 1949 to modernise the writing system for the Mande' languages.

N'ko is a common word in all Mande languages, meaning 'I say'.

The language seeks to create a standard for written communication across the languages that use the N'ko alphabet.

It is a zonal constructive language meant to be a lingua franca for the Bantu-speaking people of Sub-Saharan Africa.

It borrows heavily from the Swahili language but is slightly simplified and incorporates other Bantu vocabulary.

Though not strictly created for Africa, the following two conlangs deserve mention because of their international usage.

Toki pon a was created in 2001 by Sonja Lang, a Canadian linguist and translator.

It was designed with minimalism, an expression of maximum meaning with minimal sophistication. Lang developed the language to simplify her thoughts during a tough time in her life.

You can find the dictionary here.

Esperanto is the most spoken artificial language, with around 100,000 active speakers.

It was created in 1887 by L. L. Zamenhof to make it the second language for international communication.

It is one of the few artificial languages with native speakers: passed from parent to child.

Now you are in the know.

You can make your language or hire someone to make one for you.

But that was not the first time pictograms have been used in text to convey emotion. Before emojis, we had Kaomoji and emoticons before that.

📌 Digital Rights Project - An initiative to translate and popularise critical terms in digital rights and technology into Kiswahili.

📌 Mwanasayansi - The first science and technology newspaper written in Kiswahili. 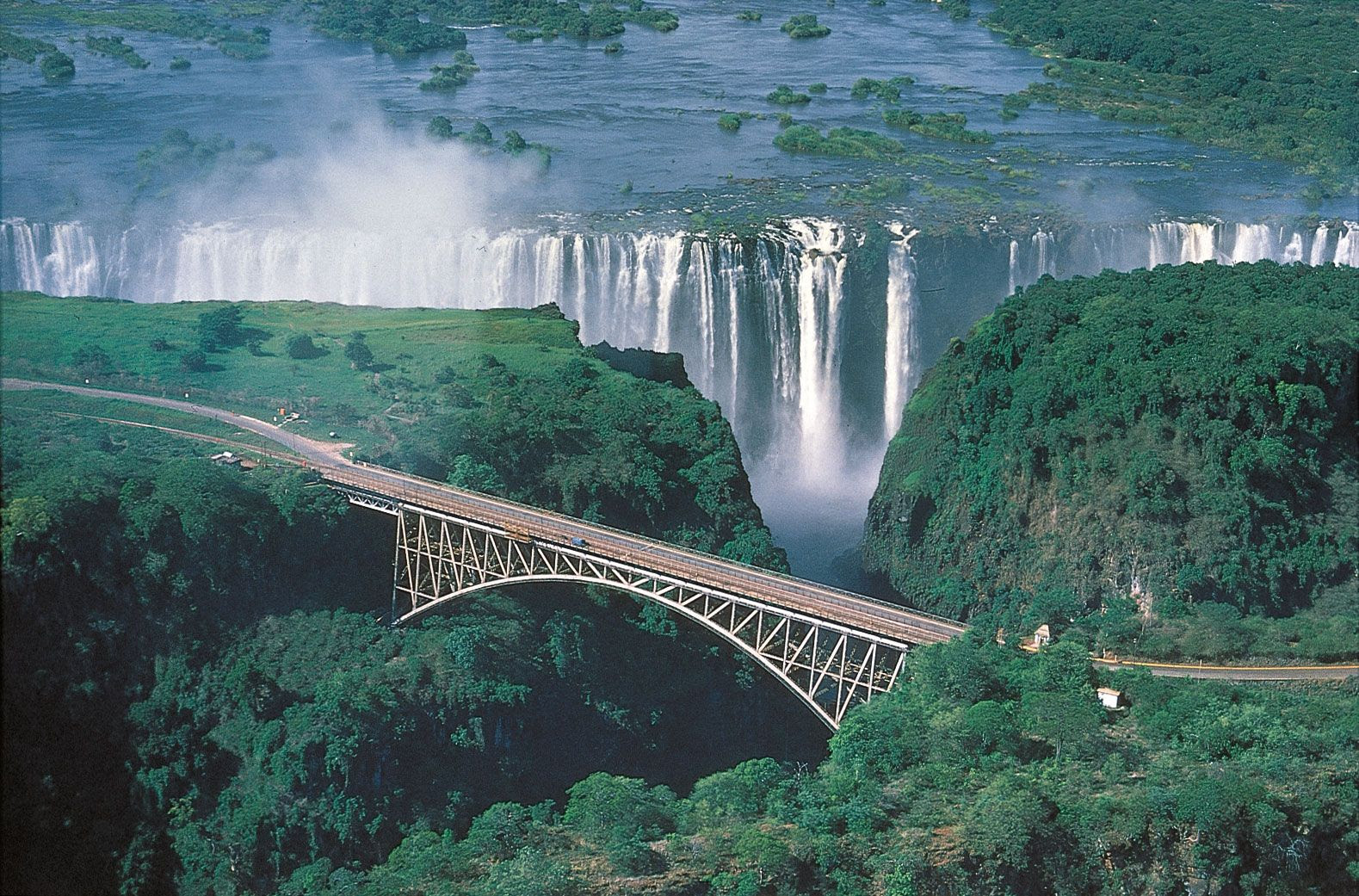 The world's largest waterfall, straddling Zimbabwe to the west and Zambia to the east. It is known as Victoria Falls in Zimbabwe and Livingstone in Zambia.

0 Comments
Thanks for the feedback.