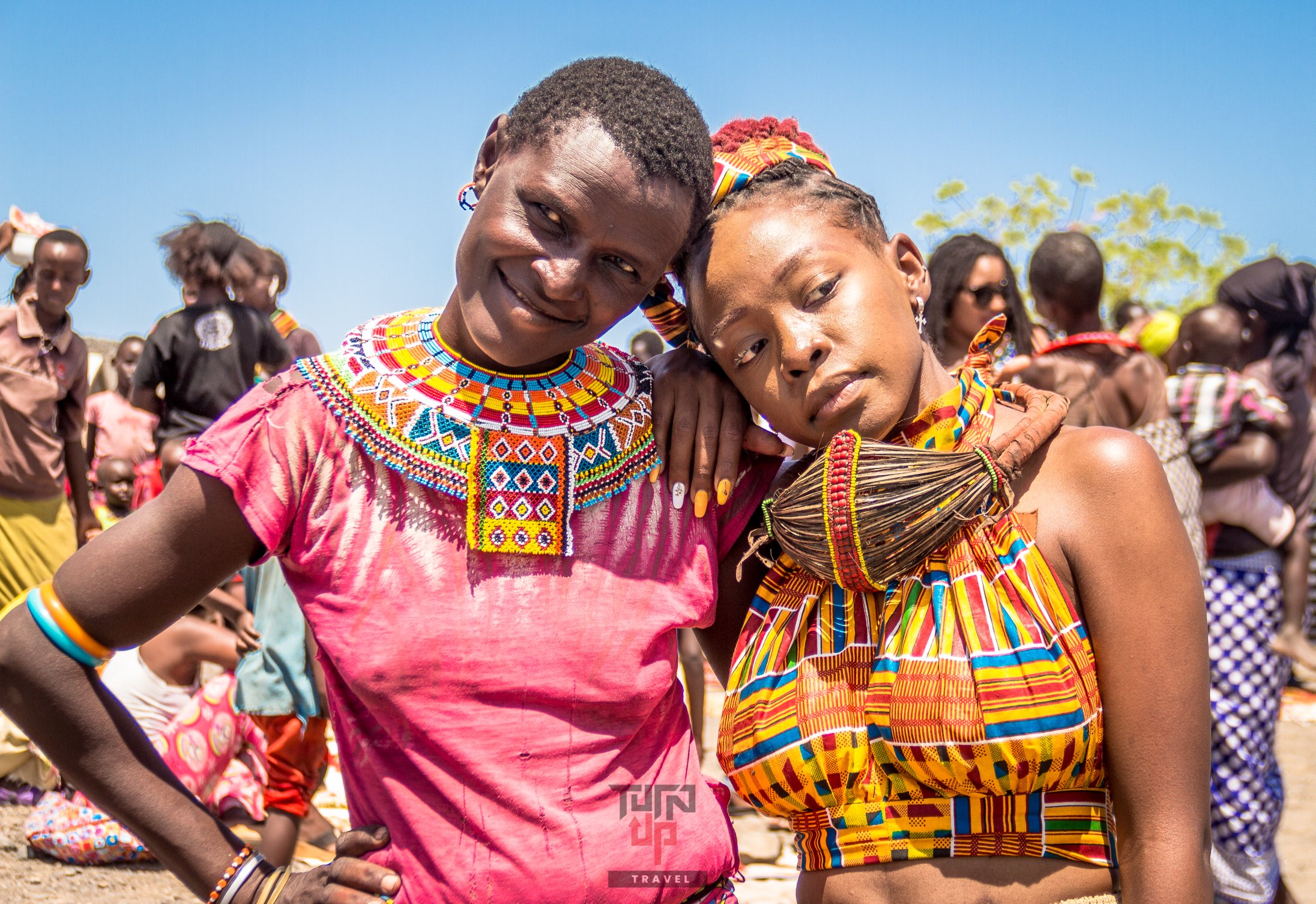 The smallest tribe in Kenya living on the southeastern shores of Lake Turkana, between El Molo bay and Mount Kulal, are the little known El Molo people.

They are of Cushitic origin and a near-extinct ethnic group who historically settled in the north of Lake Turkana but were forced by the other tribes to move south to the small islands. They migrated down into the Lake Turkana basin area around 1000 BC from Ethiopia in the north Horn region.

There are about 1,104 El Molo, according to the 2019 Kenya census. However, historians have noted that there are few pure El Molo left. Most members are today mixed with adjacent Nilotic populations, primarily Samburu. Many El Molo speakers have also adopted cultural customs from these communities.

El Molo is a Maasai Phrase meaning those who make a living from sources other than cattle. The Samburu name for them is loo molo onsikirri which means the people who eat fish. Unlike the neighbouring Turkana and Samburu, who depend on livestock for their livelihood, their main diet is fish, and occasionally crocodile and hippo from Lake Turkana.

Historically they spoke the El Molo language, belonging to the Cushitic branch of the Afro-Asiatic family and regarded as endangered by UNESCO. However, most of the El Molo population have shifted to the neighbouring Samburu language.

The El Molo circumcised both boys and girls. Circumcision for girls took place on the day of her marriage, and the occasion was of great importance to the community.

Girls would wear a surutei (coiled brass wire armlet) and other types of jewellery before marriage.

Female circumcision is illegal in Kenya today, and the communities are encouraged to adopt alternative initiation rites which do not involve clitoridectomy.

Girls would carry a doll representing the female form, and acting as a fertility symbol. They would hang them in their home to ensure that they bear many children.

They bury their dead under a small cairn of stones on the shores of Lake Turkana. The whole village then moves away from the spot of burial to avoid offending the dead.

Their main economic activity is fishing using spears or harpoons, fishing rods (made from the roots of acacia tree with doum palm fibre and a forged iron point or hook) and nets made from doum palm fibre.

They also practice hunting crocodiles, hippopotamus, turtles and other wildlife. Killing hippos gives a great social status to the warrior.

Many El Molo practice a traditional religion centred on the worship of Waaq/Wakh(God). Some have also adopted Christianity.

We have to preserve these traditions for future generations before they become extinct. Thanks to the National Museums of Kenya for establishing the Desert Museum in Loiyangalani in 2008 to preserve and promote the unique cultures of the eight communities living around the Lake Turkana region, namely; El Molo, Turkana, Pokot, Rendile, Samburu, Gabbra, Watta and Dassanach.

The Lake Turkana Cultural Festival also takes place in Loiyangalani annually. The three-day celebration invites everyone to experience the traditional dances, performances, food, craft and culture of the communities around Lake Turkana. It presents an opportunity for all who appreciate our beautiful African cultures to learn and experience these cultures.