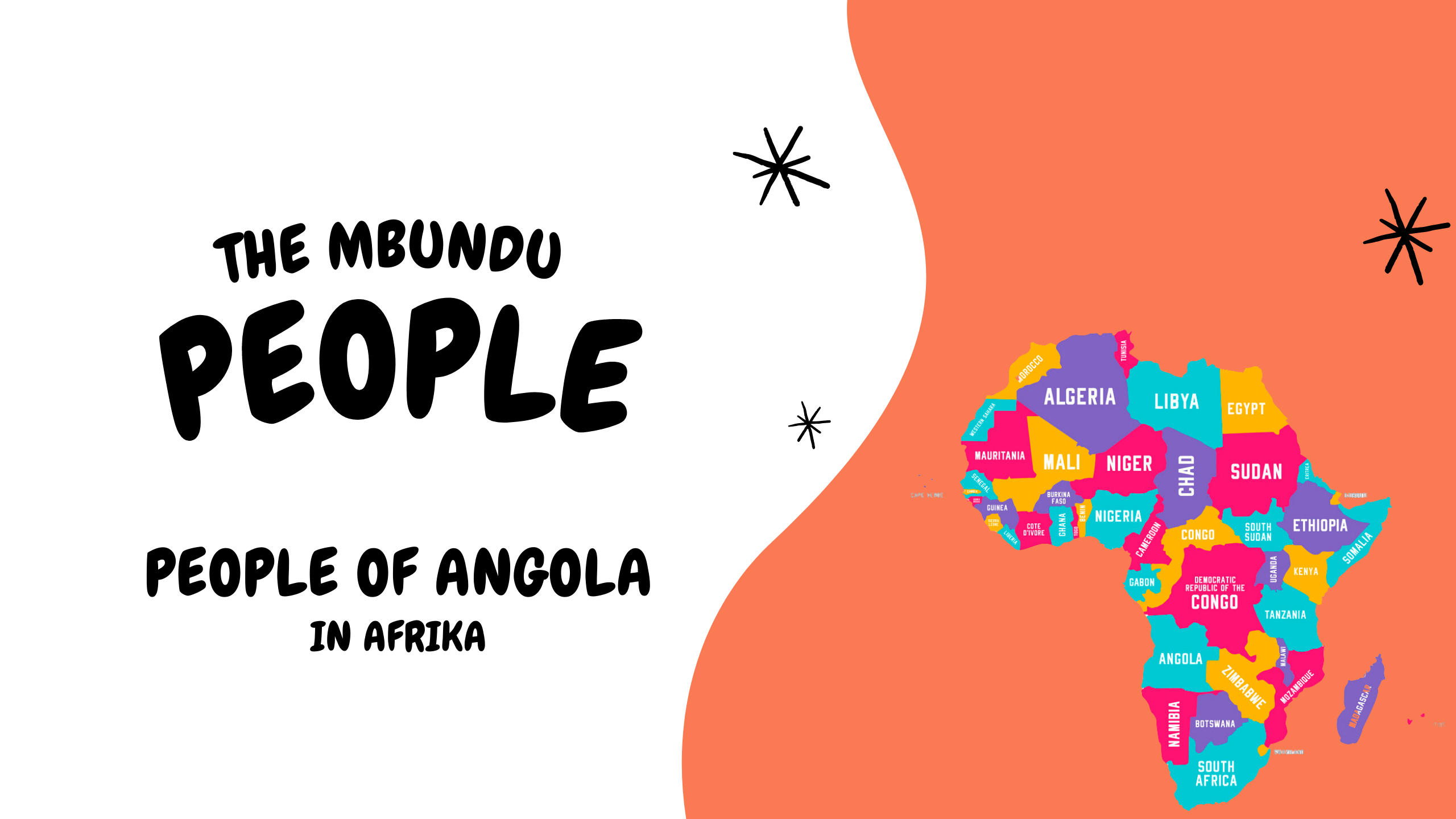 Mbundu or Ambundu people are Bantu people living in the northern part of Angola. They speak the Kimbundu language and number around 2 million people. They are the second-largest ethnic group in Angola after the Ovimbundu people.

Over the centuries, the Mbundu people have developed several kingdoms, the most famous being the Ndongo Kingdom. The kingdom's ruler was called Ngola, and it was from this name that country Angola got his name.

The Mbundu people lived in several independent villages. Each village managed their land and water and shared the resources.
They practised matrilineal land inheritance, i.e. the right of an individual to inherit land was dependent on his lineage from their mother's side.

Arguably the most popular Mbundu was Nzingha Mbande (1583–1663). She was Queen of the Mbundu Kingdoms of Ndongo (1624–1663) and Matamba (1631–1663), located in present-day northern Angola. She managed to keep the sovereignty of the Mbundu people intact through her diplomatic and militaristic ingenuity. She was famous for her bravery and inclusion of women in her armies and royal entourage.