The Fon people, also known as Fon nu/ Agadja/Dahomey, are a major African ethnic and linguistic group. They are the largest ethnic group in Benin found, particularly in its southern region. They are also present in the neighbouring states of Nigeria and Togo.

They originally migrated from the Tado area in Togo during the 14th century. Their history is linked to the Dahomey kingdom, which shared more ancient roots with the Aja people. 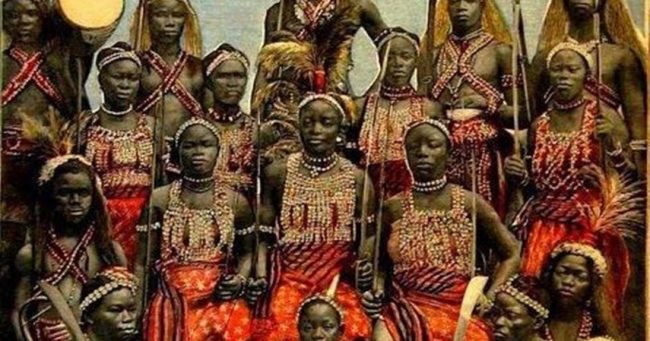 The historical kingdom of Dahomey was the focal point of the Atlantic slave trade. The Bay of Benin was popularly known as the Slave Coast because it was the place of embarkment for the slave trade. The Fon exchanged weapons for slaves with European slave traders. They used these firearms to capture the Yoruba and vice versa.

They speak the Fon language, which is closely related to Ewe and is a member of the Kwa branch of the Niger-Congo family of African languages.

Traditionally, the primary political unit was the village under a hereditary chief. The chiefs were representatives of the king in the Kingdom of Dahomey, which flourished in the 18th and 19th centuries.

The kingship conducted wars, which preceded the annual custom at which prisoners were offered as slaves and the goodwill of royal ancestors sought. The king also exercised judicial powers, collected tribute and filled political offices.

Members of the royal clan did not hold political offices. The reason for this was to reduce the possibility of them conspiring against the king. Important posts were given to commoners, who would owe their appointment to the king, and thus remained loyal.

Although some people have converted to Christianity and Islam, approximately 80% still practice voodoo. Voodoo in Fon language means soul/spirit/the unknown and is thought to have originated from the Ifa faith, based on nature religion. 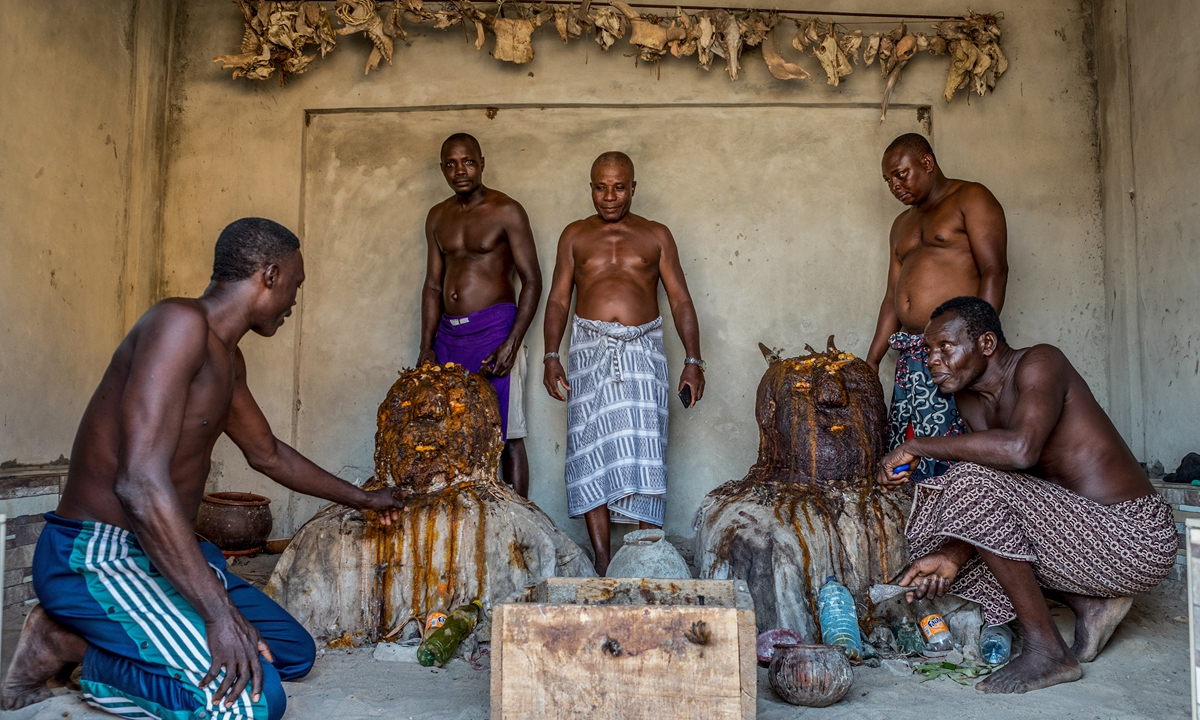 These voodoo spirits are invisible forces believed to mediate between humans and the gods. The spirit forces dwell everywhere, such as in the air, water, forests and humans. The rituals are performed to bring wealth, health, love and other human needs.

Other religious features among the Fon are the magic charms known as Bo. These are containers filled with magic believed to protect human carriers. Every Bo has its meaning. Some are made from animal skulls and horns, while others are from human bones.

The basis of the traditional Fon economy is agriculture, and the primary cash crops are corn, cassava, palm oil and yams. They also grow sorghum, sesame, millet, palms, maize and okra for local consumption. Men have the role of clearing and hoeing the fields while both men and women plant. Women also tender and harvest the crops.

They keep cattle as a source of wealth and are never milked. Men do the hunting, although much of the meat is sold rather than consumed by the hunter's family.

They are also well known for their arts and crafts. Their cultural heritage is rich in bronze sculptures, wooden crafts, and masked figures representing gods, kings and animals. For this reason, Fon artworks often fetch high prices on the international markets and can be found in museum exhibitions.

The primary Fon social unit is the polygynous family, each woman and her children occupying a house within a compound. A lineage consisting of families related to male descent usually occupies several neighbouring compounds; the eldest male member serves as the lineage head.

Funerals are very important to the Fon. Drummers are hired, and dances may be held for days in a row to mourn a loved one. They believe that part of the person is lost in death, while the other is reincarnated and comes back in the soul of the next child born to the family.

A notable part of the Fon people's society was their use of female soldiers in combat roles for about two centuries. Over 3,000 women trained and served as regular warriors to protect the Fon and help expand its reach. They were named the Dahomey Amazons, and women led the brigade.