KITHITU, THE KAMBA OATH OF JUSTICE 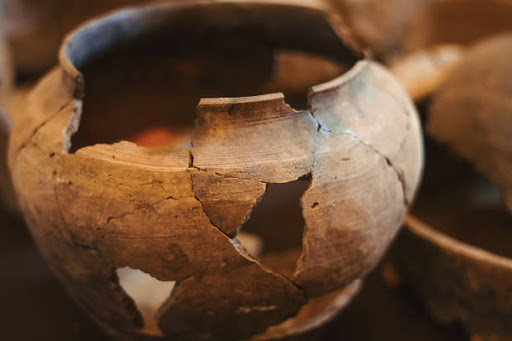 Kithitu (Kamba's oath of justice) was a mysterious and malicious practice. Among the Kamba community, the oath was taken very seriously by people who felt that the elders' ruling didn't give them the expected justice.

The traditional Kamba council of elders (Nzama) handled and settled disputes among the community members. The first Kamba man introduced Kithitu to seek or avenge justice. It happened after he realized that the wealthy and prominent people would grab poor people's property and, since they were rich, refused to pay them back and instead mocked them.

The kithitu was seriously taken and feared. People who administered the oath had either lost their valuable items or had their livestock stolen. Most times, someone who had committed a crime would rather confess than watch the oath befall the whole family.

The kithitu was not taken or cast by anyone but older men and women in the community; or those who had no families or were divorced and had no intention of getting a family back. Anyone who took the kithitu was feared by the community and considered dangerous. Other people who cast kithitu didn't have families or were divorced with no intention of getting a family back. Kithitu was not touched by hand, and very few people would handle it.

Most people avoided it to prevent their families from dangerous consequences if things didn't go as planned. They believed kithitu could finish everything in the home of a person who cast the spell: Including his livestock and poultry, and even cause the death of children and close relatives until the seventh year if not stopped.

There are two ways in which Kamba people would seek justice using the kithitu.

A family member would use muma to curse someone who had stolen items such as money, clothes, or personal belongings. They often had an idea of who the person was, and after confronting them, they didn't take responsibility but denied it.

In this case, someone would take a cooking pot, put various seeds, lift it while cursing the person responsible that they may break that pot, and then knock the pot down. 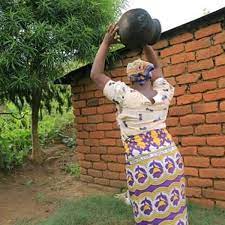 Once the pot breaks into pieces and the seeds spill all over, it's a curse to that family. The kithitu of muma was common, and anyone could use it to seek justice.

The second kithitu, uwe, was mysterious and dangerous and was able to kill people. Uwe was kept away from homes in the bushes, under big rocks, or in caves. It was an old age oath. Sometimes the kithitu could affect the person who administered it, so it was controlled. It could pose a severe danger to the family. It even killed the children. When people complained that someone had taken their property and couldn't get it back, and the council didn't trust them, they were asked to confess by swearing to kithitu. The oath was irreversible. If someone lied, the kithitu destroyed them instead of the suspect. The kithitu couldn't kill an honest person. Before striking the kithitu, the complainant asked the accused to return his property and gave them about 30 days. He took the oath if they failed to return it on time.

ADMINISTRATION OF THE KITHITU UWE

To strike the oath, one had to follow a particular process in a special place:

The kithitu spell could haunt the family members of the one who cast it if done wrongly. Therefore, Keenness was critical.

Herbs were cooked until they turned to charcoal in a unique pot. A particular stone was then used to grind the mixture. After that process, the person takes the pot, casting the spell. More herbs were added before it started functioning.

Afterwards, the oath taker dug a hole in the ground. It had to be done at a place with no vegetation, in the bushes away from home. The person then buried the pot and its contents in the hole and placed a stone on top. It signified the grave of the offender. From that moment, the offender's life was never the same again. Kithitu was in action.

CLEANSING AFTER ADMINISTERING THE OATH

When the consequences started showing, the victims had to find a solution. They sent elders to different seers to seek help. Later, all the elders then met to discuss their findings; and if there was a way to pay back or compensate the striker and get the family cleansed.

Sometimes, the people who took the oath never admitted to being responsible. They avoided being asked by the family to compensate for people who died due to striking kithitu if they were paid. 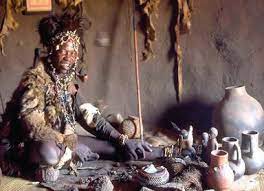 The cleansing process after the oath

In the case where the striker revealed himself, elders from both families met to try to sort things out. Upon agreeing, they would cleanse the family to stop more deaths.

The striker would then decline compensation to avoid the consequence of paying off the family for the lost people. Together with his family, they would never seek to avenge henceforth.

Before the cleansing, the council of elders would slaughter a sheep as a sign of peace. A specific part from the sheep's meat, muyoo, was removed. The elders buried the rest of the flesh.

The cleanser, who always inherited the role from the father, used the sheep's waste mixed with other traditional herbs to do the cleansing. Some herbs used were itchy and smelly, but the victim's family had to bear all these for freedom.

Married couples weren't allowed to have sex for seven days after the cleansing day.

After the cleansing, the elders took the instruments and herbs used to strike the oath of kithitu to the river. The people believed that all the miseries had been swept away by the river; now, the family was safe.

In a nutshell, kithitu was a deadly oath of justice due to its ability to cause death and go against humanity. We should always trust our courts of justice.