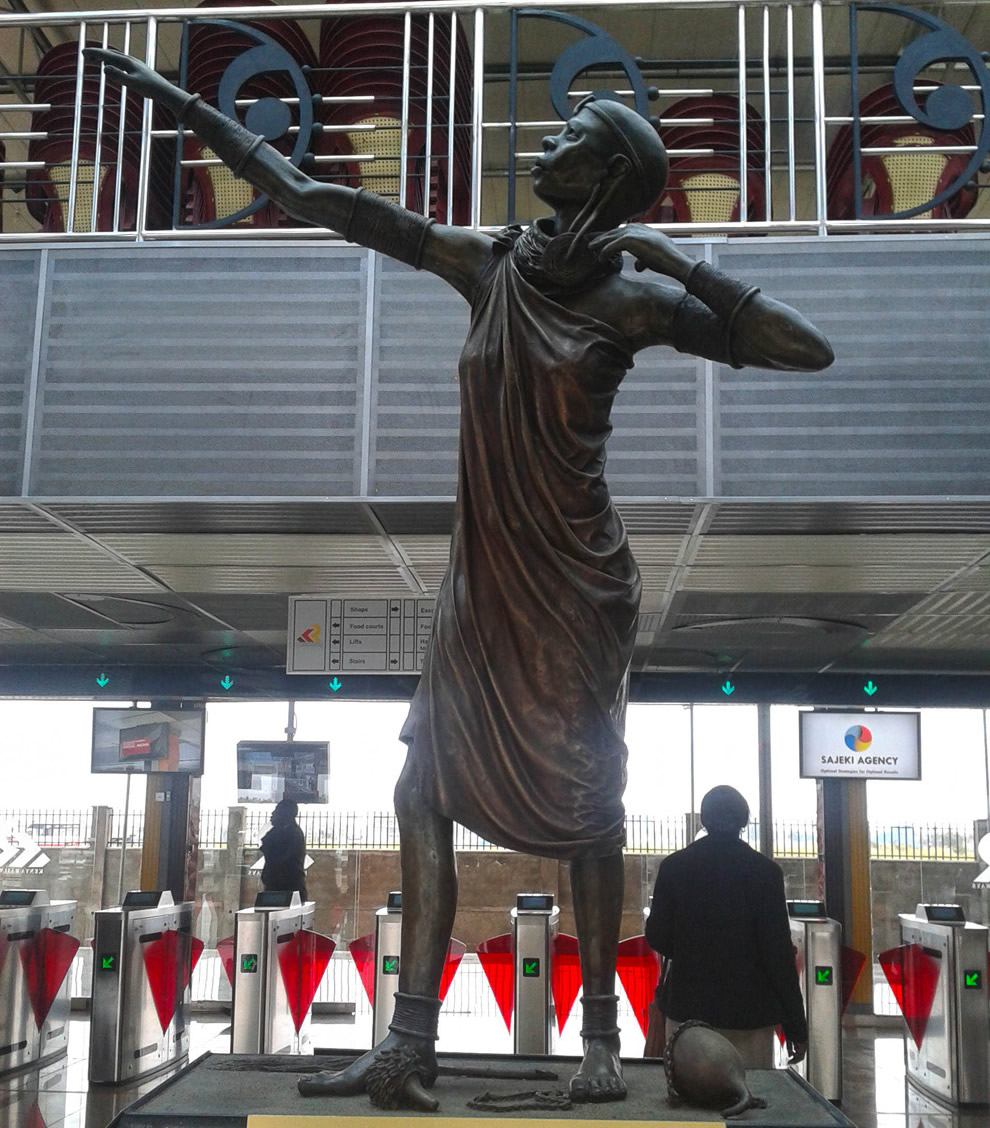 Syokimau was a great Kamba prophetess and medicine woman born in the 1800s in Iveti Hills, present-day Machakos town. Rumours have it that she sprung out of a tree as no one knew her mother, father, relatives, clan or even kinsmen. People wondered whether she was sent from heaven or if she was the chosen one.

The Kamba people believed that her ability to prophecy came when she was attacked by a maimu- a benevolent spirit when she was just a young girl. She could predict attacks from neighbouring communities such as the Kikuyu and the Maasai and prophesy which community would win a war.

The prophetess predicted colonization by the British, telling her people that ‘people with funny skin’ would beat them mercilessly, take over their land, and force them to discard their gods and worship their (British) god. The prophecy came to pass in 1844 when German missionaries Johannes Rebmann and Johann Ludwig Krapf arrived in Kenya’s interior to spread the gospel.

Syokimau also prophesied the construction of the Kenya-Uganda railway line and the train with her prophecy indicating the arrival of a long snake-producing fire and smoke. In it were ‘people with skin like meat who spoke unintelligibly like birds and carried fire in their pockets.’ This came to pass when the British commenced railway construction in 1896.

She also foretold the coming of a generation that would behave strangely. This generation would claim to be wiser, disrespect traditions and not fear taboos, and even build houses on top of one another. Apartments and skyscrapers are what Syokimau referred to as houses on top of one another. This prophecy has come to pass with the current generation, disrespecting elders and traditions.

The circumstances surrounding her death remain a mystery. One random morning, the villagers found her dead in her hut. As per tradition, they disposed of her body in the forest after waiting two days to confirm that she was dead. The second day after the disposal of her body, an interesting phenomenon happened. A crying voice could be heard in the forest, leading the villagers straight to where they had placed her body. And there was Syokimau.

She lived for two more seasons(approximately two years) before dying and resurrecting again, this time as an older woman appearing before young girls who had gone to collect firewood. Although very old, she still performed miracles during this time, cured people and prophesied.

She was found the next morning dead, but this time for real. She had died with her mouth open and facing upwards, which people believed was her posture when she spoke to the ancestors.

Syokimau remains a legend to the Kamba people and to Kenya as a country. Syokimau, a fast-growing residential area where the Standard Gauge Railway station is located, is named after her. It is believed that a prophetess from the area, Syonguu, who was impressed by the works of Syokimau, decided to call the village in her territory after the great prophetess.