The Banyankole/Ankole Tribe of Uganda 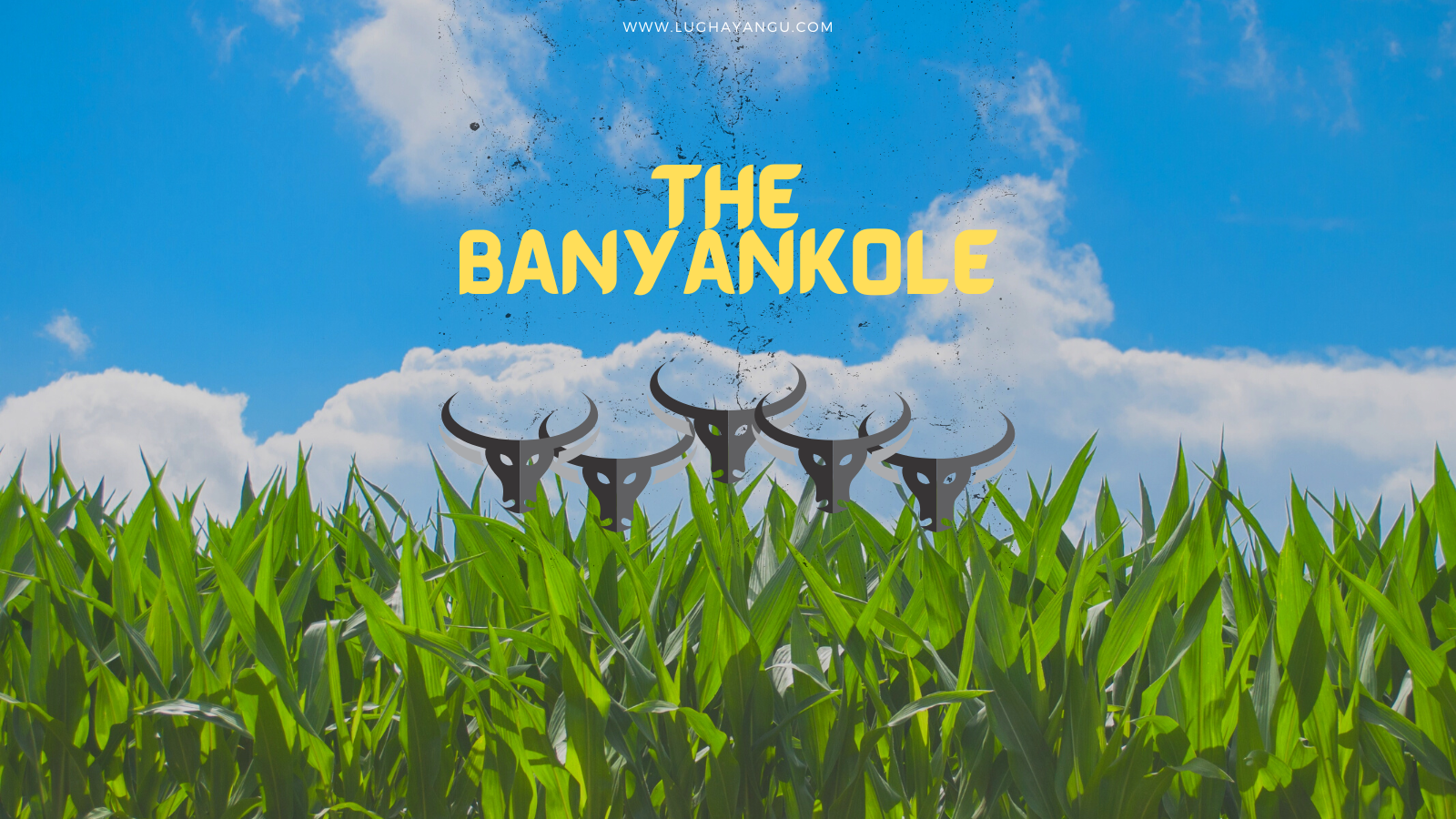 The Banyankole are a Bantu tribe in Uganda, originally of the Ankole kingdom. Ankole/Nkore was a traditional Bantu kingdom in Uganda, located in southwestern Uganda and east of Lake Edward. A monarch, Omugabe of Ankole, ruled the empire.

The Ankole kingdom was originally known as Kaaro- Karungi. The adoption of the word Nkore followed the invasion of Kaaro-Karungi by Chawaali, the then Omukama(king) of Bunyoro-Kitara, during the 17th century.

The government of President Milton Obote formally abolished it in 1967.

British administrators introduced the word Ankole in October 1901. It described the bigger kingdom formed by adding formerly independent territories of Igara, Sheema, Buhweju and parts of Mpororo to the original Nkore by signing the Ankole Agreement.

The Banyankole speak a Bantu language called Runyankole. It is a member of the Niger-Kordofanian group of language families.

The two groups lived together peacefully while depending on each other. However, the Bahima were superior as cattle were the most treasured possession.

The kingdom had a central administration system headed by the omugabe(king). He came from the nobility Bahima clan. Abakuru b'ebyanga (local chiefs) and an appointed enganzi (prime minister) assisted. The number of cattle one owned determined his ranking as chief.

Men gave cattle to the king to demonstrate their loyalty and mark life-cycle changes or victories in cattle raiding. It was in exchange for protection from external enemies and factional disputes with other cattle owners.

Omugabe allowed his most powerful chiefs to recruit and lead armies on his behalf. Their role was to protect the Ankole borders. The Bairus assisted the local administrators in their villages. However, the military and high-level political appointments were a reserve of the Bahima men.

Despite their legal inferiority, Bairu men could petition the king to end the unfair treatment by Hima patrons. Iru people and Hima cattle owners usually entered into a patron-client contract.

Social pressures such as intermarriages destroyed Hima's domination of Ankole, as children of these unions (abambari) often demanded their rights as cattle owners. It led to feuds and cattle raids.

To counteract these pressures, several Hima warlords recruited Iru men into their armies to protect the southern borders of Ankole.

STAPLE FOOD OF THE FOOD

Traditionally, the Bahima herders consumed milk and butter and drank fresh blood from their cattle. On the other hand, millet and sorghum dominated the agricultural Bairu sector.

Milk was Bahima's stable food, although beef was also essential.

When milk or meat was scarce, Bahimas made porridge from millet obtained from the Bairu. Only women and children took buttermilk. Children were allowed to eat rabbit meat. Men could only eat meat from a cow or buffalo.

Besides cultivating crops, the Bairu kept sheep and goats for trade and sacrifice. They consumed chicken or eggs, unlike the pastoralists. Most of the farming was the responsibility of women.

Today, most districts depend on agriculture as the primary source of food. They also farm tea, coffee and bananas for commercial purposes.

They also practice cattle ranching for beef and milk production as a popular economic activity.

This tradition revolves around the Banyankore process of brewing beer. Ripe bananas are mixed with water and grass to squeeze out the juice. Sorghum is added to the extracted liquid and fermented for a few days.

Traditionally, when someone brewed beer, they reserved some for their neighbours. A celebration called Entereko was held one or two days after brewing to distribute the beer.

Entereko was an essential opportunity for neighbours to meet and discuss important issues affecting their area. It was also where important decisions concerning families and individuals took place.

Celebrations such as Christmas and Easter have replaced entereko in the modern day.

The Banyankole believed in a God, Ruhanga, who lived in the sky. Ruhanga created humanity in the form of a man called Mugabe and his wife, Nyamate. They gave birth to a long line of revered kings.

These gods had temples and priests, often in the royal compound. Helping people to solve problems was the priests' primary concern. There was, for instance, a god of fertility, a god of thunder, a god concerned with earthquakes and deities for specific clans and their affairs.

According to them, the present dynasty of kings are descendants of previous kings who have become gods.

There was a strong belief in the royal drum's spiritual power, symbolising Mugabe's kind-hearted nature. Requests made to the drum for food were successful, making hunger quite rare in the old economy.

The majority of Banyankole today are, however, Christians. They belong to denominations, including the Roman Catholic Church and the Church of Uganda, Anglican.

RITES OF PASSAGE AMONG THE BANYANKOLE

A woman went to her mother when she was about to give birth. Most women were brave and could give birth unassisted by a midwife. A midwife only helped in case of emergencies.

After birth, the midwife treated the placenta and umbilical cord with an elaborate ritual to protect the mother and her child from harm.

The woman would confine herself for four days if the child were a boy and three days if it was a girl. After the confinement(ekiriri), the couple would resume their sexual relationship, a practice known as okucwa eizaire.

The naming happened after the mother had finished the ekiriri. However, sometimes it could happen immediately after birth.

A child's name depends on the parents' personal experience, the time of birth, the days of the week, the place of birth, or the name of an ancestor. The father, the grandfather or the mother could name the child. Regardless, the father's choice usually took precedence.

The transition from childhood to adulthood

Children began to learn the colours of cows and how to differentiate their family's cows from those of other homesteads in early childhood. During this time, boys and girls played together. Boys learnt how to make water buckets and knives, while girls learnt how to make milk-pot covers and small clay pots.

Later at around the age of seven or eight, boys learnt to water cattle and calves. Girls helped carry and feed babies and learnt to wash milk pots and churn butter.

Among the Bahima, girls began to prepare for marriage as early as eight years of age. They stayed at home and fed on large quantities of milk to grow fat. They could not exercise and spent most of their time sitting, talking, and making bead ornaments.

The Banyankole hold a pre-wedding, kuhinjira, where the family of the bride and that of the groom exchange gifts. It assists in creating a special bond between the families.

The groom's family sends a representative to the bride's family to state their intention. It is a third party's duty(kateraruume meaning someone who removes dew from the path).

Once the bride's family accepts the proposal, the groom's entourage visits the bride's home with beer. The negotiation of the bride price then happens.

Wedding preparations begin on payment of the bride price as per the agreement. The bride's father slaughters a bull on the wedding day. Other foods and a considerable amount of beer are also available for feasting at the bride's home.

At the wedding ceremony, the girl's aunt must confirm that the groom is potent and the bride defended her virginity before the marriage.

Another feast follows this at the bridegroom's home to consummate the marriage.

Traditionally, the Banyankole believed death was not a natural phenomenon. When a person died, news spread to every relative, friend and neighbour.s

Failure to attend the funeral without a good reason led to suspicion as the cause of the death.

Before burial, the deceased family washes the corpse and closes the eyes. For a dead man, the righthand was placed under the head while the left rested on the chest. The body lay on the right side.
A woman lay on the left side, assuming she was facing her husband, with her left hand under her head while the right hand rested on her chest.

Mourning went on for four days. They slaughtered cows to feed the mourners. They also provided as part of the mourning.

Touching the corpse of suicide victims was taboo. If one hung himself, a grave was dug directly under the carcass so the corpse would fall into the grave when cutting the rope.

The tomb was then covered, and that was all. There would be neither mourning nor customary funeral rites. The tree on which the victim hung himself was uprooted and burnt. The relatives of the suicide victim would not use any piece of that tree for firewood.

There were also particular formalities for the burial of a spinster. The Ankole people feared that her spirits would return to haunt the living as the girl had died unsatisfied. To avert evil retributions, one of the brothers was required to pretend to be making love with the corpse before burial. This act is known as okugyeza empango ahamutwe. The body was then passed by the rear door and buried.

If a man died unmarried, he would be buried with a banana stem to occupy the position of the supposed wife.