The Azande/Zande people primarily live in the northeastern part of the Democratic Republic of the Congo, south-central and southwestern part of South Sudan, and the southeastern Central African Republic.

They were led by two dynasties; the Vungara and Bandia that differed in origin and political strategy. In the early 19th century, the Bandia people ruled over the Vungara and the two groups became the Azande people. 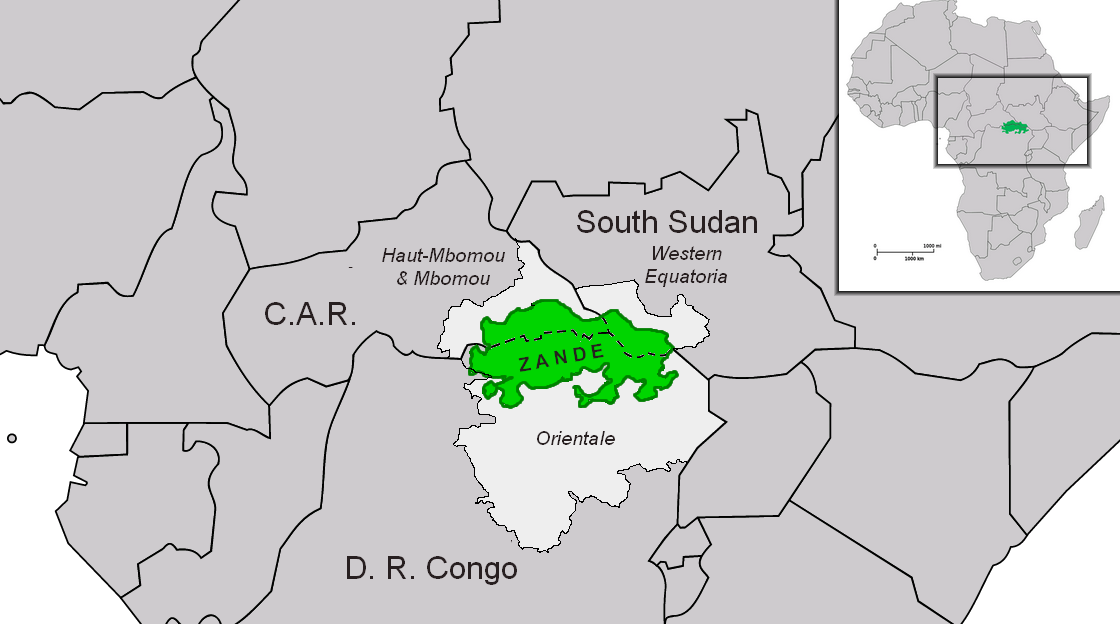 They speak the Azande/Zande/Pa-Zande language which has an estimated 3 million speakers. Zande is also used to refer to related languages such Adio, Barambu, Apambia, Geme, Kpatiri and Nzakara.

Azande means "the people who possess much land", and this refers to their history as conquering warriors. They are believed to have been formed by a military conquest during the first half of the 18th century.

They were organized into chiefdoms/kingdoms. The kings had roles such as being military, economic and political leaders. All the unmarried men were labourers and warriors.

A king divided his domains into provinces over which he would set his sons to rule. After the death of a king, the sons would fight for succession. The losing son would often establish kingdoms in neighbouring regions, making the Azande kingdom spread wide. Poor means of communication over great distances compelled the king to hand over so much of his authority to his provincial governors, that even in his lifetime, they became practically independent rulers, and at his death, autonomous monarchs each in his own right.

One of the notable people of Zande was King Gbudwe. He ruled the Zande Kingdom from 1870 to 1905. He was unusual among Azande kings, preferring to lead from the front. As a young man, he often took part in the fighting in person. It was rumoured that he possessed a magic whistle, which was said to guarantee victory if blown before a battle.

The Zande were famously known for their throwing knife called the Shongo. More of their art included sculptures made from wood or clay. Many represented animals or ancestors important in their culture. Just like their sculptures, they also created thumb pianos, Sansas, that looked like people, animals, and abstract figures. These instruments were used at important celebrations such as marriages and ceremonial dances. 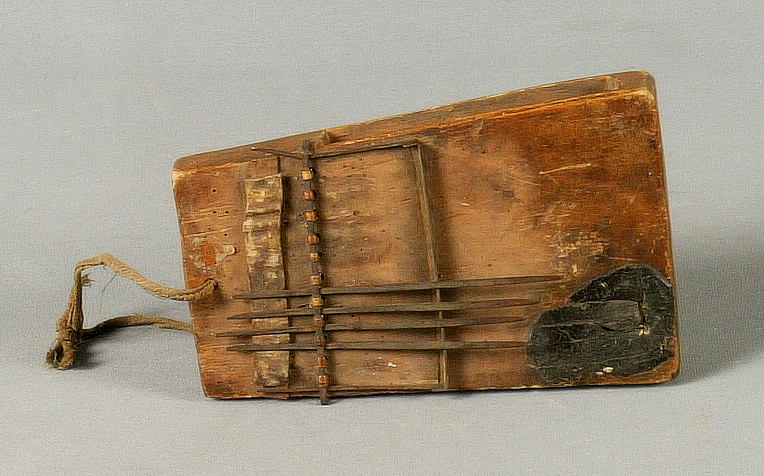 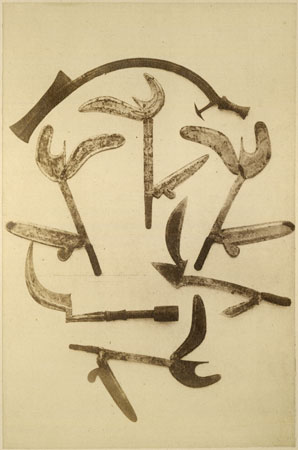 Most Azande formerly practised a traditional African religion that involves belief in Mboli, an omnipotent god. They practised magic, oracles, and witchcraft to solve their everyday problems. However, the late 19th century marked the beginning of many Zande converting to Christianity.

Among the Azande, witchcraft, or mangu, was believed to be an inherited black fluid in the belly which leads to a fairly autonomous existence and has the power to perform bad magic on one's enemies.

Witches were sometimes unaware of their powers, and could accidentally strike people to whom the witch wished no evil. In case of death, the prince determined the vengeance placed on the witch or the killer. This could be done through the physical killing of the witch, compensation, or lethal magic.

Although witchcraft was contained within the physical body, its action was psychic. It usually, but not always, left the physical body of the witch at night, when the victim is asleep and is directed by the witch into the victim's body. As it moved, it shone with a bright light that could be seen by anyone during the nighttime. However, during the day it could only be seen by religious specialists.

Despite the association of witchcraft with kinship, it was still considered an individualistic trait. A person was not considered a witch if their witchcraft never functioned. One would carry a witchcraft substance on their body but decide not to use it. The older a witch, the more potent the witchcraft and the more unscrupulous its use.

Oracles were a way of determining the source of suspected witchcraft. The Azande used three different types of oracles. The most powerful oracle was the Benge poison oracle, which was used solely by men. The decisions of the oracle were always accepted and no one questioned them. The less prestigious but more readily available was the termite oracle that women, men, and children were all allowed to consult. The least reliable oracle was the rubbing-board oracle, which was a device made of two small pieces of wood easily carried to be consulted anywhere and at any time.

The region in which the Azande live has two seasons. During the rainy season, the women and men both help get food from the river. Women help with the fishing in dammed streams and shallow pools collecting fish, snakes, and crustaceans. Men make and set up traps in the river to help with the collection of food. They also collect and eat termites which are their favourites.

Boys were often initiated into manhood by serving the Azande nobility. Later, a ritual circumcision, held in the forest, became common, although this practice has also been discontinued. Girls are initiated into their gender roles by observing and assisting their mothers. Traditionally, to marry, Azande males had to present the bride's family with a payment (brideprice), normally consisting of a certain number of iron spears. 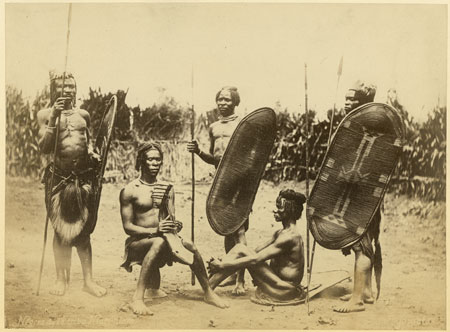