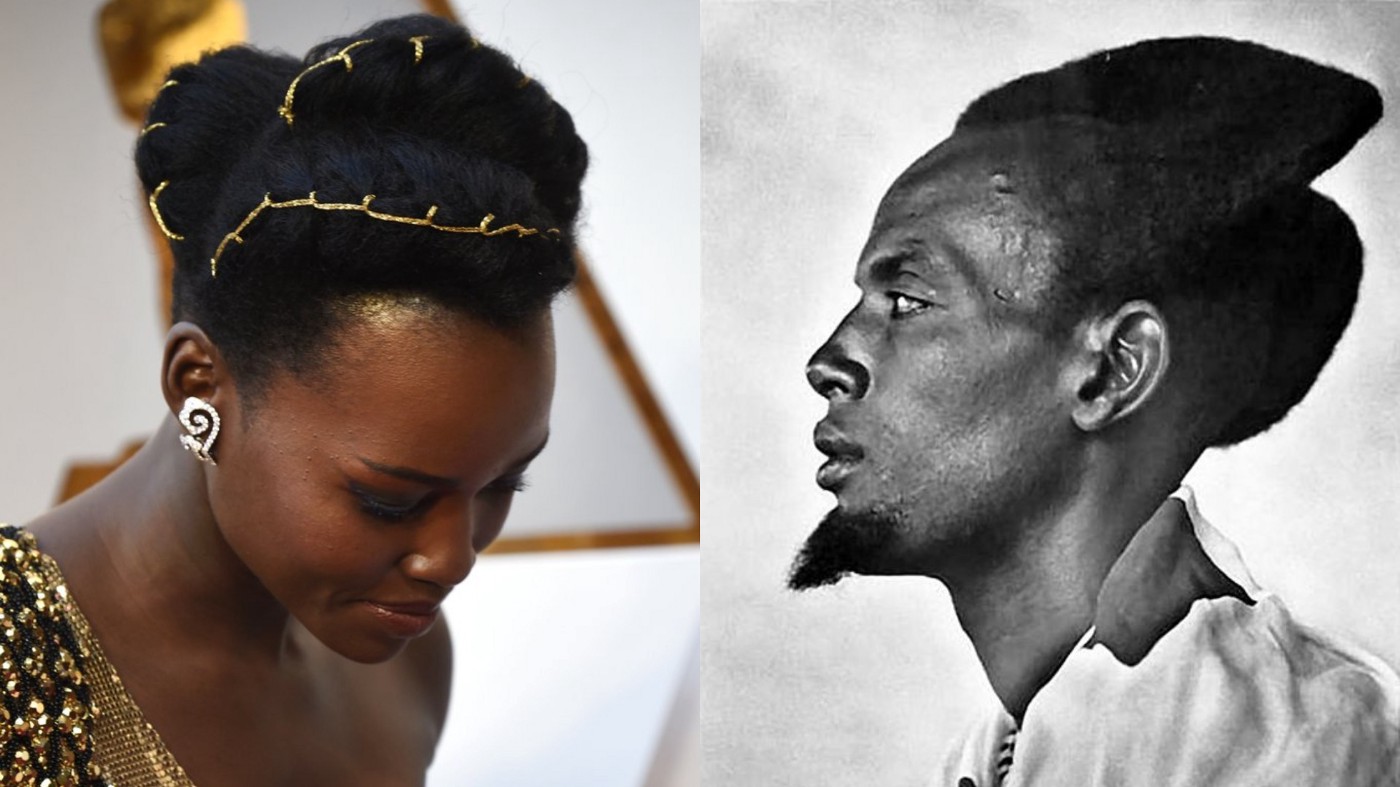 Amasunzu is an elaborate crescent-shaped hairstyle traditionally worn by Rwandese men and unmarried women to indicate to potential suitors that they were single and of marriageable age.

The style was worn in more than 30 different ways and depicted grace and elegance at that time. It indicated social status, and men who did not wear Amasunzu were looked on with suspicion and did not receive respect until the 20th century.

It also represented various roles and stages in the lives of both women and men. Warriors wore it as a symbol of strength and bravery, while women wore it to either show marital status or virginity. Young women would alter their hairstyle from amasunzu and leave the hair to grow freely (gutega urugori) once married to show respect to their husbands and children and indicate they were off the market.

The style was achieved through a careful ritual that involved cutting the hair at the sides and then allowing it to grow towards the middle. Children would look forward to being old enough to take on the hairstyle, and villages would even have competitions for the best designs.

The Amasunzu hairstyle is one of the most creative ever. It is still worn today and is a symbol of pride in Rwanda. At the 90th Academy Awards, Black Panther cast Lupita Nyong’os hairstyle on the evening’s red carpet inspired by the Rwandese hairstyle.

We should be proud of our roots and embrace them wholeheartedly with pride to help preserve them for future generations.