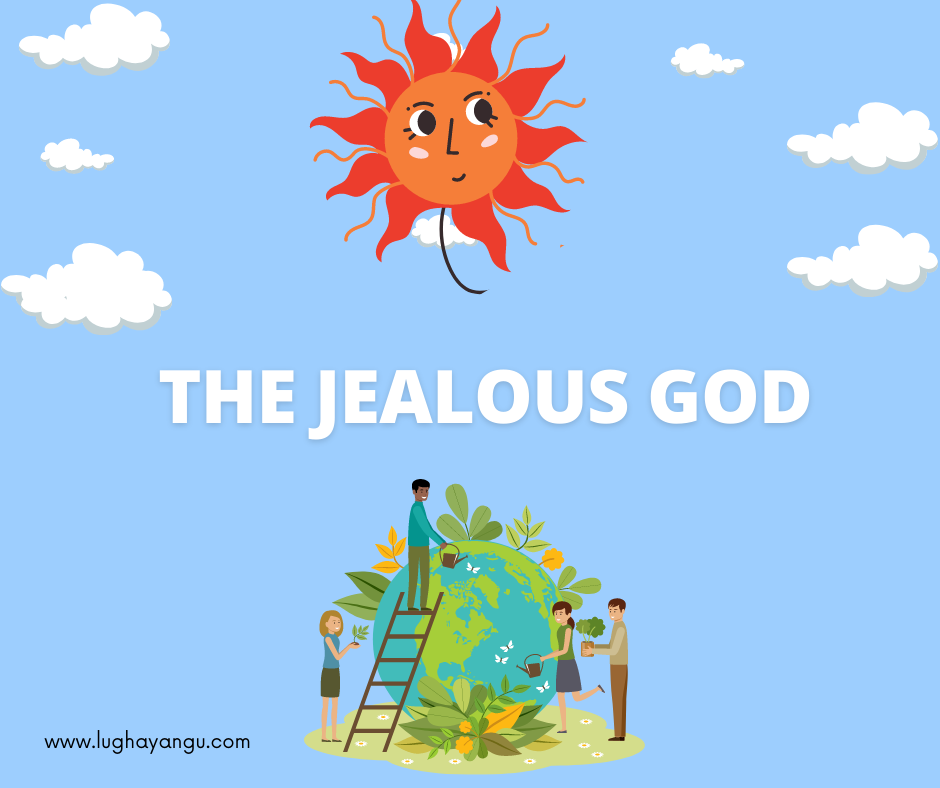 A long time ago, Abassi (god) created humans (man and woman) but feared their ambitions. Had it not been for the intervention of Atai(the wife), they would not have been allowed to live on earth in the fertile lands of the Ifek (present-day Nigeria and parts of Cameroon).

Abassi insisted that they take all their meals with him. They were forbidden from growing or hunting for food and from procreating.
Each day a bell rang to call the humans up to Abbasi's table for meals. They obediently followed all the rules, and Abassi was pleased.

One day the woman was roaming the field when she bumped into some nice seeds and decided to grow them. They liked the food so much that they stopped showing up in Heaven for meals. Soon, the man and woman worked the fields together, and before long, one thing led to another and there were children.
They tried to hide the children, but eventually, Abassi saw them and became hysterical. He blamed Atai for not recognizing his fears about the humans in the first place.
"Look," he said, "they are making their food, procreating, and they have forgotten all about me; see what you have done?"
"Don't worry," said Atai. "I will not let them take more power".
She sent down death and discord to keep the people in their place and that is how death came to be.

🌙 The Moon and the Dog , 🥝 The Forbidden Tahu Fruit