Common Kikuyu phrases and their meaning 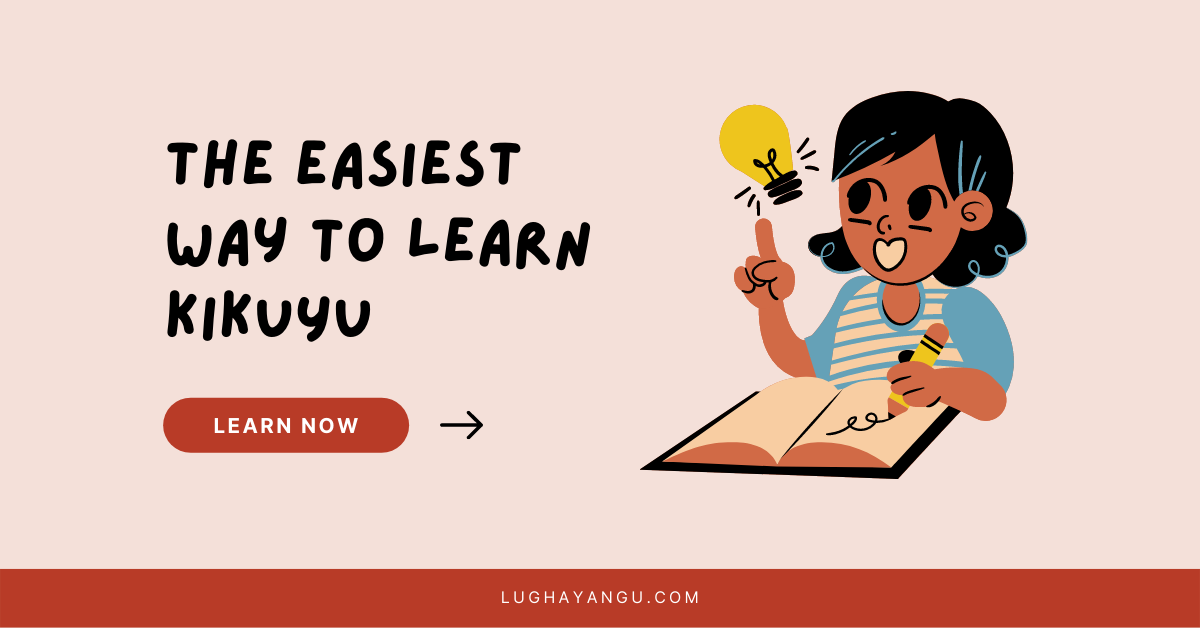 This is a basic introduction to short common phrases used in the Kikuyu language that someone will encounter or use at any other time or hear being used. The translation is in the simplest form and grammatically correct, enabling anyone yearning to learn Kikuyu to find it very easy.

The Kikuyu language, unlike English, doesn’t have gender-defining pronouns such as she or he. Instead, it only identifies the first, second, and third person within a verb.

In this example, oka is the verb's root, and then on it are person identifiers in either plural or singular. Ní is for emphasis mostly, and many times in spoken form, it is omitted

Having put that emphasis, it is now easy to follow the given short statements and be able to know exactly the meaning. It’s fun and easy to learn.

It’s also good to understand the sounds of the vowels used in Kikuyu.

Practising the sounds beforehand will make learning easy. The two extra vowels are just i and u with apostrophes to indicate the sound difference.

Common Questions in Conversations in Gikuyu

This is just the beginning. You have to practice constantly to learn a new language, but it doesn't have to be complicated. The best trick is to master at least five Kikuyu words daily from the Kikuyu dictionary.

You can also improve your vocabulary by reading Kikuyu stories. Read the story of a Gikuyu Folklore, Múturi úgutura, written in Kikuyu and an English equivalent for reference.

Wangu wa Makeri (The fearless Agikuyu Chieftess) , King Jaja of Opobo, from a slave to a king , The working carpenter , Múturi úgutura , The Kikuyu dowry process (ruracio): The steps and procedure