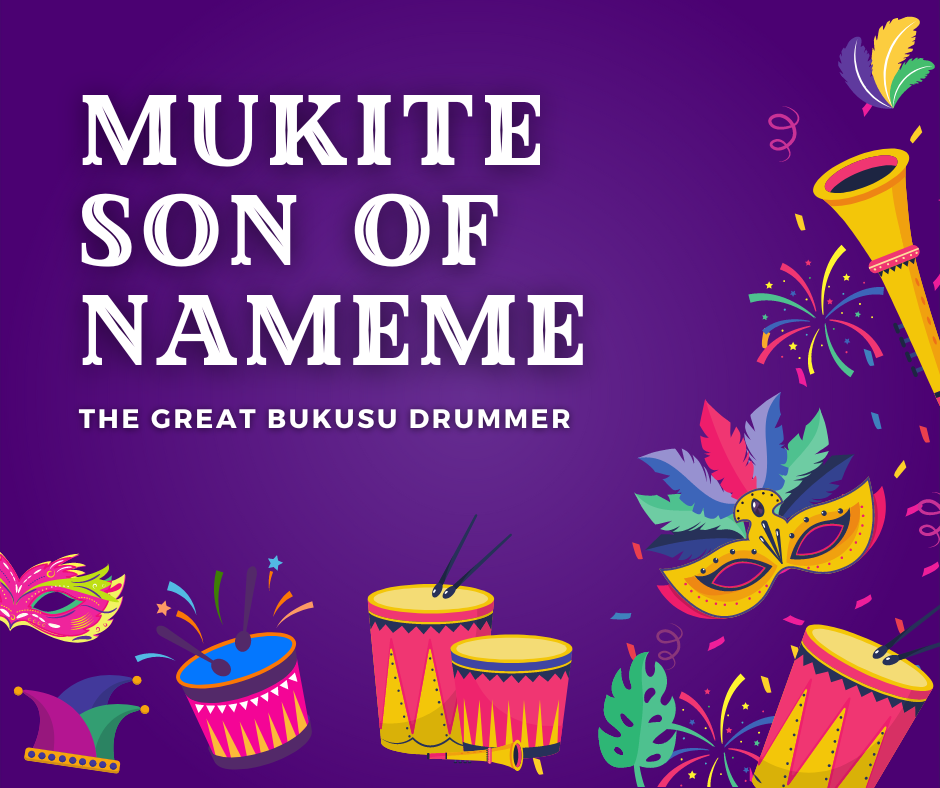 In the 1790’s in Bukusu land, Mukite was born. He was the son of Nameme and the great-grandson of Wafulumbe from the Batilu tribe of Babukusu.

The Bamia had a habit of raiding Bukusu villages back in the day. They would steal cattle, loot crops, burn their homes, and leave the land desolate.

A few years after the birth of Mukite, Bamia warriors attacked again. However, When the raid stopped, hundreds of Bukusus, including Mukite's parents, lost their lives. The rest of the tribespeople fled to exile in three different groups.

The first group went to present-day Port Victoria and was harassed by the Abanyala men. The second group fled to Marachi, while the third fled to Ebukabalasi.

After their reign of terror that lasted a few days, the Bamia warriors retreated, and a small portion of the Bukusu tribe from the three groups decided to return and rebuild their villages. However, Mukite was not one of those who returned. He lived among the group that had fled to Ebukabalasi.

Mukite grew into a fearless man. Shortly after getting initiated as a warrior before the farming season of 1822, he started devising a plan to help his tribesmen retaliate against the infamous Bamia.

During their time in exile, a portion of their ancestral land had been taken by different tribes, including the Luo of Ugenya. The campaign he was organizing included making sure they also reclaimed these portions of land.

With the help of a Bukusu seer and beating drums of war, he went around the neighbouring villages summoning back all the Bukusu war fugitives that were assimilated into different tribes.

Once they returned to their land, Mukite organized military training, built forts and forged weapons for the Bukusu warriors. He taught them unique military tactics to give them an advantage over their enemies.

He also told them not to flee from battle and divided his army into two different groups, the Engetut and the Elamali. The Elamali group was the advance party, meaning they would go into the battleground first. The Engetuti group would remain behind and hide in a nearby bush.

The formerly cowardly Bukusu warriors turned into ruthless warriors. When they went to war with the Bamia this time, the tables turned on the Bamia as they were beaten thoroughly.

Tribes that had occupied Bukusu lands, including the Luo of Ugenya, the Abawanga, Abasamia, and Abatachoni, were not spared either. Legend has it that Mukite even went on to win against the Wakwavi, the native name for the Maasai of Uasin Gishu. At the time, no tribe could win against the Maasai.

Despite these wins, Mukite was not at peace until he taught the Abanyala a lesson for harassing them on their way to Port Victoria.

Once they restored their glory, he created a third group of warriors known as the Bayoti. This group included women as well, and their role was to act as scouts and intelligence so that they could report on the enemy's movements and position. This was key in stopping any potential surprise attacks and deceptive strategies from the enemy.

After Bamia warriors were defeated, they pulled back and regrouped with other warriors from the rest of the Teso tribe. With their numbers higher than those of Mukite, Opata, the leader of the Bamia tribe, warned the Bukusu that he was going to attack in seven days and they should prepare for war.

Before the sixth day, the Bayoti were sent to poison the wells next to the battleground. The Bukusu knew these were the only sources of water the Bamia would use to quench their thirst in the heat of the battle. Only three wells were left for the Bukusu warriors to drink from during the battle.

They then smeared the remaining poison on their arrows in case some drank from the safe wells and continued fighting.

On the seventh day, Opata arrived with his massive army prepared for the fierce battle. The Bukusu didn't use the first strategy to attack; instead, the spies reported on the route the enemies were to use, and then a small group of Bukusu warriors hid on top of a hill next to the route. As the enemies were matching by, the Bukusu warriors in hiding started launching poisoned arrows at them, and anyone who got scratched by them passed out almost instantly.

Before the huge crowd of Bamia warriors could understand what was happening and protect themselves using their shields, they had already suffered hundreds of casualties.

The Bukusu archers then ran back to the battleground and waited alongside their fellow warriors. When the Bamia arrived, the Bukusu launched all their remaining arrows. Since the Barmia had learned from their mistake earlier, they shielded themselves accordingly, and only a few arrows managed to hit their targets.

After launching all their arrows, they put their bows down, took out their spears, and ran into the battleground, ready to face their enemies in a fight to the death. The war continued for hours, and when exhausted warriors retreated to drink from the wells, many dropped dead on the spot.

The Bamia were defeated, marking the last time the tribe messed with the Bukusu backed by Mukite wa Nameme. After the war, the two tribes entered a treaty to respect the territorial integrity of the other.

To this day, Mukite wa Nameme's bravery and skills that allowed him to unite the Bukusu tribesmen is a tale told with a lot of pride among the inhabitants of Western Kenya.

King Jaja of Opobo, from a slave to a king