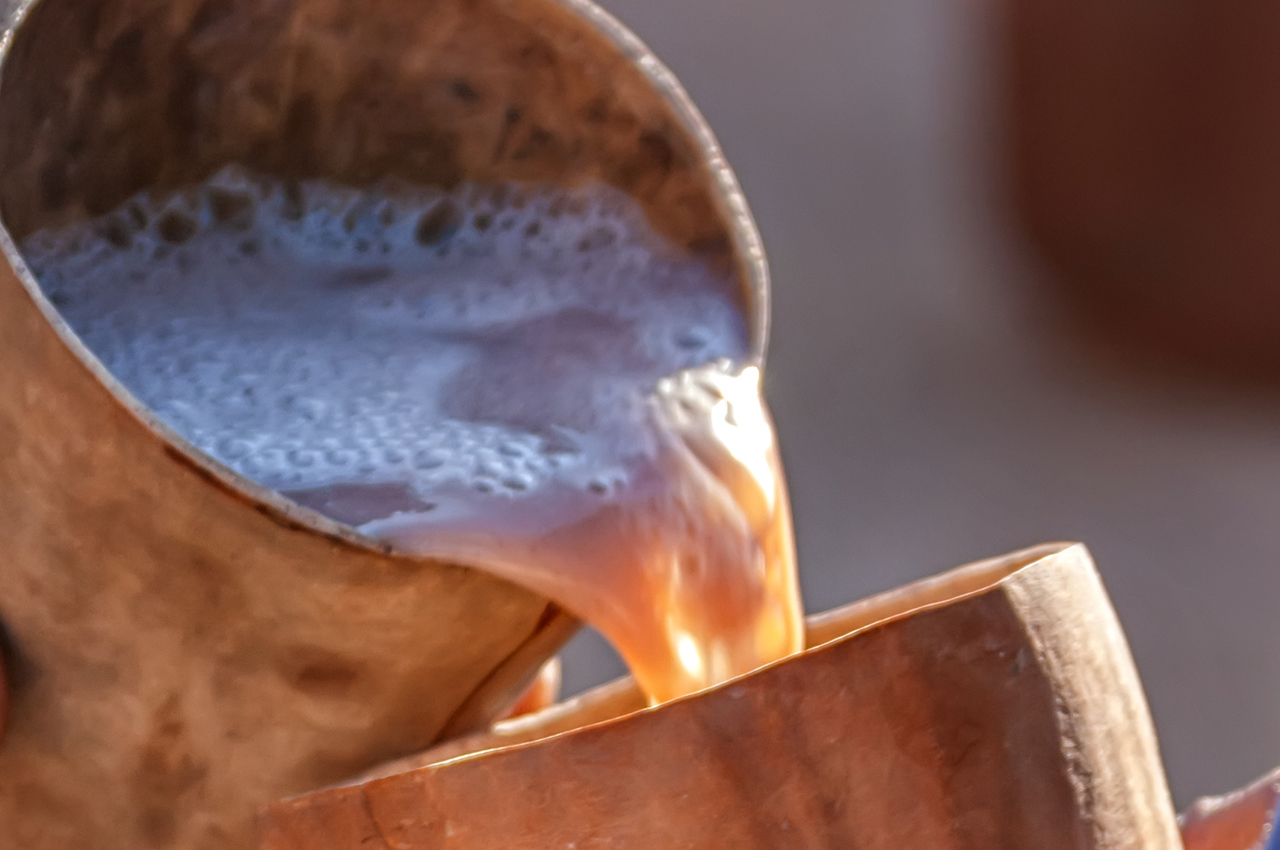 Umqombothi is a traditional Xhosa beer made from crushed corn malt, maize meal, grounded sorghum malt, water and yeast(traditionally made from the fleshy root of the moerwortel plant, Glia gummifera). The drink is full of minerals, amino acids, vitamin B and much-needed calories.

The preparation and fermentation process of the beer takes between 4 to 5 days.

A small portion of the wort (the liquid extracted from previously mashing the grain) is removed and put aside. The remaining mash is then cooked to form crusty sediment known as isidudu, which can be taken as porridge.

The isidudu is left to cool for a day and then poured into a clay pot. The wort set aside together with a handful of sorghum malt and maize malt, is then added. A higher maize malt provides a lighter-toned beer with a mild flavour, while the more sorghum malt provides a darker beer. The brewing happens over a fire outside the house.

The brew is then stirred keenly for hours with a traditional wooden spoon(iphini), and the pot covered with a lid and blanket (to retain heat). The mixture is then left overnight in a warm place for fermentation(until bubbles appear and a sour smell is detected).

A matchstick is lit close to the pot to test the readiness of the brew. If it blows out quickly, the brew is ready and vice versa. The fermented mash is then filtered through a tube-shaped, woven grass strainer called an intluzo to remove the spent grain(given to the chicken). Afterwards, the beer is poured into a large communal drum known as a gogogo for sharing.

Used when contacting the ancestors(amadlozi).
Vital in celebrations like weddings, funerals and imbizos(meetings).
Used to celebrate the homecoming of young men(abakwetha) after initiation and ritual circumcision.
Yvonne Chaka Chaka praised this magical traditional African brew in her song under the same title, umqombothi.