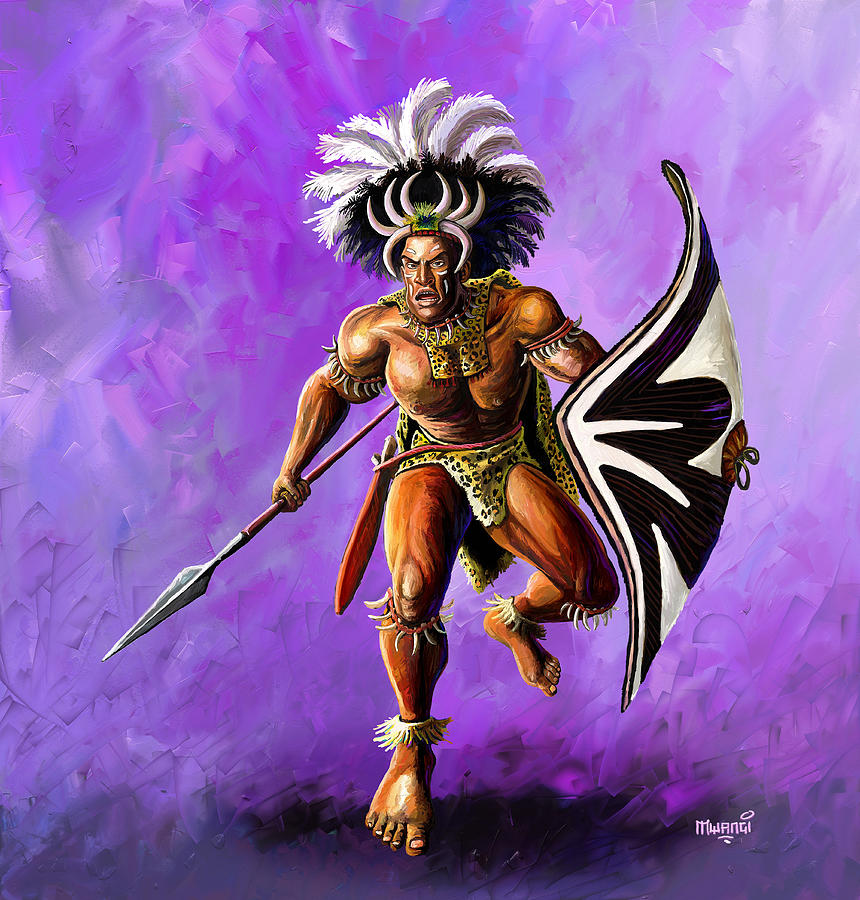 Lwanda/Luanda Magere is a legendary Luo warrior. He was famously known for possessing unearthly powers, a skin of stone and the capability to tear an entire army apart. Arrows, spears and clubs bounced off his body, making him invincible during warfare.

His name means the fierce rock or the rock that builds. He was born in 1720 to Abonyo Wuod Omolo and Nyabera from the Sidho clan in Kano. Unfortunately, his mother died during his birth, and he was taken care of by his grandmother Rapondi. His father also died when Magere was barely a teenager in one of the numerous wars with their Nandi neighbours.

Long ago, jo Lang'o (Luo name for the Kalenjin/Nandi) were top enemies of the Luo. The Nandi were exceptional fighters at night, while Luanda Magere and his tribespeople were during the day.

Whenever Luo people had battles with their neighbours, the Nandi, he would sit at home and smoke tobacco, only to join the war when the enemy's victory was imminent. The ensuing battle would have him kill so many Nandi warriors at once, forcing the rest to flee.

The Nandi feared Luanda, and they would retreat to their lands whenever they heard he was on the battlefield. He would sometimes follow them to their homes and take their cattle and other valuable items, and nobody dared to resist for fear of being killed on the spot. He did all this during the day.

They tried all they could to kill Magere, but they could not succeed. After some time, they concluded that he was God's miracle, and therefore, they could do nothing about it.

The Lang'o, tired of being defeated at war by the Luo, came up with a strategy to offer their most beautiful girl to Luanda to marry, claiming that it was a gesture of peace. The Luo elders advised him not to take the girl, but Luanda Magere did not heed their advice. Her role was to find out how to defeat him.

Whenever Luanda was sick, his first wife would care for him. However, one day he fell ill when his first wife was away. He, therefore, called his Nandi wife to bring him some medicine. Luanda instructed her to cut his shadow with a knife and apply the medicine to it. She was surprised to see his shadow bleed.

That night, she crept back to her people. She was received with joy when she told them her husband's weakness: that his shadow was made of flesh and was vulnerable to attack, and the news quickly spread. The Nandi knew that the Luo would not expect them to attack as Luanda had married one of them, making them relatives.

They then attacked the Luo the same night, catching them unawares. Luanda and his people fought bravely, outmatching the Nandi. As the cowardly attackers retreated in defeat, one warrior remembered that Luanda's strength was in his shadow. He stood on top of a hill and aimed his spear directly at Luanda's shadow. The mighty Luanda Magere fell and died on the spot, and his body immediately turned into a stone!

On that day, a strong wind blew over the whole of Kano and Nandi. The Luo went home, wailing terribly. Their indomitable hero had been slain! The area suffered a two-year drought before he appeared to Luo elders in a dream and told them where he had died.

After his body (the rock) was discovered in a bush a few metres from River Nyando, it rained heavily for three consecutive days. The community offered sacrifices to pay their respects.

The place has become a famous tourist site; people come from far and wide to the rock to perform rituals and prayers. The legend is still celebrated among the Luo through songs and dances.