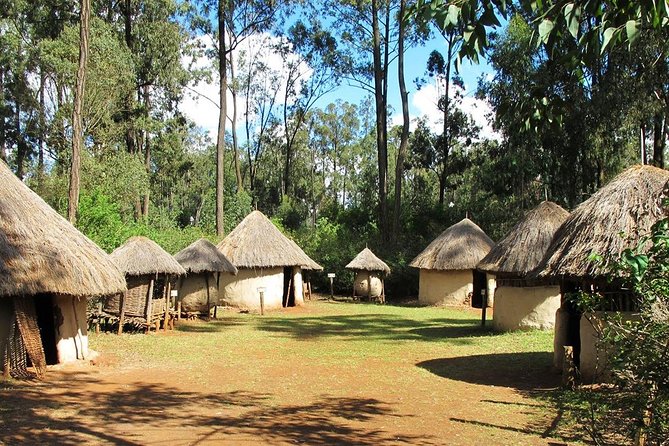 Mai wuod Ombare, also known as Nyamgondho wuod Ombare, meaning Nyamgondho son of Ombare, is a legend among the Luo people of Kenya. He lived between the late 14th and 15th centuries on the shores of Lake Victoria in the present-day Nyandiwa Village, Gwassi Location, Suba District, Kenya. He migrated from Tanzania and belonged to the Waturi tribe.

He came from a poor, God-fearing family of fishermen who earned a living by fishing in Lake Victoria. They used to set fish traps called Mgondho in Luo every evening. One morning, he found a strange ugly woman trapped in his nets. He was frightened and wanted to throw her back, but she requested him to take her to his home and light a fire for her and her goat to warm themselves and promised to make him wealthy on the condition that he told no one where he found her.

He was very kind to the woman nicknamed Nyar Migondho (the daughter of Migondo) and later agreed to marry him. Nyamgondho continued to work very hard and, through the supernatural luck brought by his new wife and her goat, began accumulating riches, including large herds of goats, sheep and cattle.

As his wealth increased over the years, he grew proud and married many wives and began frequenting drinking places. Nyar Migondo never objected but cautioned him against ever reminding her where he found her.

One day, Nyamgondho came home late and was very drunk. All the wives refused to open the door for him. In anger, he shouted to the first wife (mikayi) and told her that she had forgotten that he had saved her from drowning and locked him out too. The harsh words upset his wife but opened the door for him and vowed to revenge.

The following morning, she took her walking stick, smoking pipe and flute and told Nyamgondho that she was returning to where she came from, alongside all the wealth she had brought. She blew her flute, and all the livestock followed her back into Lake Victoria.

Seeing all he possessed disappearing into the lake, Nyamgondho stood puzzled and sad at the shore of the great Nam Lolwe (Luo name for Lake Victoria), rested his chin on his walking stick and mysteriously turned into a tree.

To this day, one can still see the footprints of Nyamgondho’s family, the animals entering the lake, and the tree he transformed into. Some people believe that the water flowing above the footsteps has medicinal powers, and they travel far and wide to collect it.

However, Where Nyamgondho’s first wife came from remains unknown to this day, but legend has it that she was a goddess. People believe that she performed many other supernatural acts on the shores of Lake Victoria, including the sinking of Simbi Nyaima in Kendu Bay.